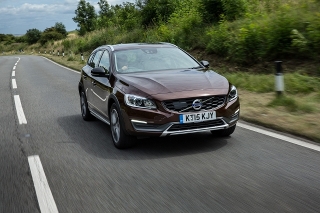 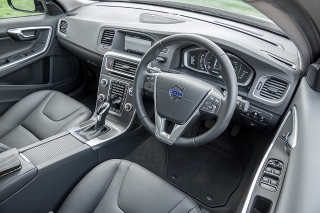 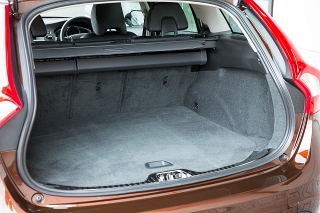 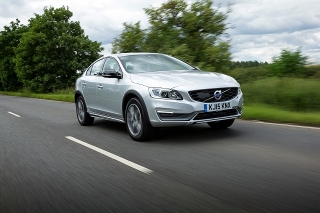 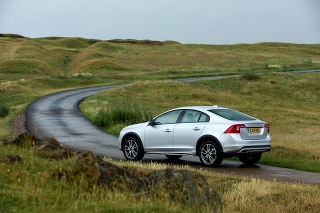 Volvo might seem like a late arrival to the cladded D-segment, but it pioneered this niche with the V70 Cross Country in 1998. It’s a concept which has spawned everything from plastic-clad superminis to raised executive cars, but have prolific, economical crossovers made it irrelevant?

Apparently not. The ’60 cluster’ shows how Volvo will organise its three-tier range over the coming years. SE versions of the hatchbacks, estates and saloons will be offered alongside R-Design and Cross Country models and an XC SUV. Around half of this pair’s customers are expected to be conquests, so it’s an important niche to fill.

In Cross Country guise, the S60 and V60 get a 65mm increase in ride height, with added under-body, wheel arch and bumper protection. It’s perhaps most attractive as a style statement, but the option of four-wheel drive is useful for those who want soft-roading ability without sizing up to an SUV.

UK sales will be heavily tipped in favour of the V60. A quarter of the estate’s volume is expected to be the Cross Country, which equates to 850 cars in the remainder of 2015. By comparison, the S60 Cross Country will be a rare sight, at 6% of the saloon’s total volume, but it’s really designed for other regions.

Both cars get a choice of front and all-wheel drive D4 drivetrains, and there’s a marked difference between the two. The former uses Volvo’s new 2.0-litre four-cylinder engine, optionally available with its latest automatic gearbox, which is an excellent on-road setup with strong performance, low noise and very competitive fuel economy.

Four-wheel drive comes paired with the old 2.4-litre five-cylinder turbodiesel, albeit upgraded to 188bhp to match its successor, and a smooth but slightly lethargic automatic gearbox. There’s a useful increase in torque over the new D4, but with the downside of a significant drop in fuel economy and a £3,030 uplift in price. It’s actually not far off the mark in this segment, but a regular real-world need for four-wheel drive is the only way to justify the outlay over the very efficient four-cylinder engines.

The D3 engine, one of Volvo’s new-generation units, is only offered in the V60 and is the only one available in the SE and SE Nav trim levels, which makes the V60 the lead-in model. Despite the drop in power to 148bhp, it feels the most eager off the mark and is as hushed as the D4 at speed. Regardless of engine choice, both cars inherit that familiar, solid Volvo driving experience, and there’s barely any extra roll from the raised ride height.

Tastes aside, the V60 Cross Country is the more sensible option. It gets a broader range of engines and trims than the S60 but, like for like, it’s only £1,300 more expensive – a small increase for the large, versatile load space, especially as there’s no economy sacrifice from the larger body. If only the four-wheel drive option was a bit more competitive with the latest crossovers.

The Cross Country models add a dash of off-road muscularity to the V60’s versatility and long-distance comfort, and pricing and CO2 are competitive too.