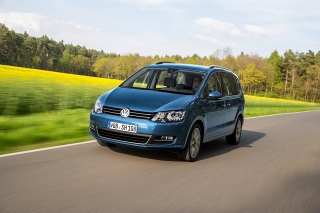 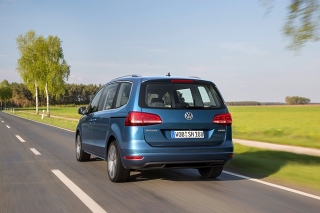 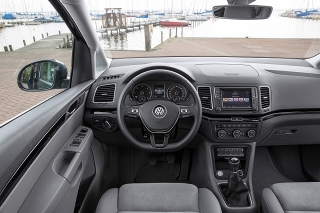 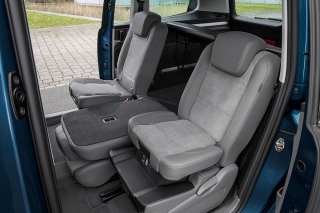 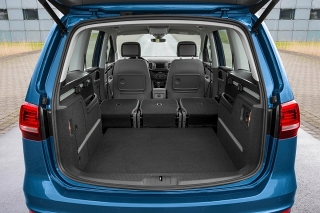 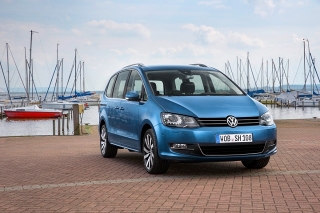 Over a two-decade lifespan, Volkswagen has carved out some surprisingly broad global niches for the Sharan. The seven-seat MPV, beloved of expanding families and taxi operators in the UK, is a popular executive carrier in China, while many European markets have adopted this as a modern-day lifestyle vehicle cut from the same cloth as the Kombi.

In the UK, it’s never really found that same fashionable or luxurious niche. It tops a three-tier MVP range alongside the underrated Golf SV and popular Touran, and the latter’s size and seven-seat versatility mean it outsells the Sharan three-fold. At the lifestyle end of Volkswagen’s people-movers, around a thousand Caravelle buyers opt for a share of the Kombi’s bloodline every year.

So the range here is small. Volkswagen sells 3,500 per year in the UK, of which 70% go to fleets, and business demand is driven by practicality – it’s a popular model with private hire companies and user-choosers with growing families. There’s no place for the executive-class six-seat version or the five-seater with the cavernous cargo area in British showrooms.

The space and versatility on offer is impressive, with individually adjustable middle row seats to increase shoulder and headroom, and comfortable space for two adults in the back. Six of the seats fold flat, while the five rear seats have ISOFIX points, and thus the potential to move a headache-inducing volume of under-fours.

But it manages not to feel like a van. Ride quality is excellent, regardless of wheel choice, and the controls are light for low-speed manoeuvres, but it has a tendency to roll through corners.

Behind subtle styling updates, the engine range now includes three Euro 6 compliant 2.0-litre diesels. The 148 and 182bhp versions – both shared with the Golf – replace outgoing 138 and 168bhp diesels in the previous car, and there’s a new 113bhp unit as an entry-point, only offered on the S trim. It’s almost petrol-like in its refinement and lack of vibration through the cabin.

Volkswagen reckons most of the volume will come from the 148bhp engine, with sales weighted towards the six-speed DSG transmission. This matches the fuel economy of a manual gearbox and adds between £1,405 and £1,350 to the price of the car, depending on the trim level.

All trim levels also get a new infotainment system, which offers seamless integration with and control of Android and Apple smartphone apps via a USB cable and the touchscreen. It means drivers with an occasional need for satellite navigation can stream it from their phone rather than paying £675 to move from SE to SE Navigation. Automatic post-collision braking, Bluetooth and three-zone Climatronic air conditioning are standard across the range.

Compared to Volkswagen volumes and lined up against more fuel-efficient part-time seven-seaters in other segments the Sharan is almost a niche vehicle in the UK – a car for those who need, rather than want, the space. But it’s a niche which is served very well by the size and versatility on offer here.

Uncompromising in its pursuit of practicality, the Sharan offers interior flexibility and capacity close to a van-derived MPV. Smaller seven-seaters are a threat, though.

Previous: Mobile management
Next: Advice from the front line