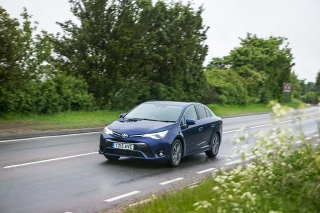 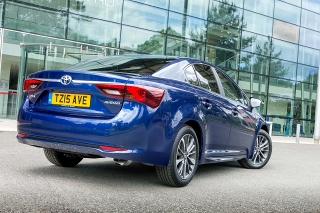 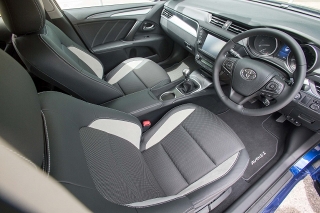 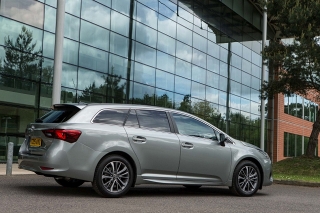 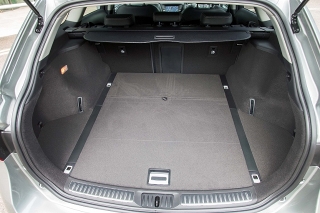 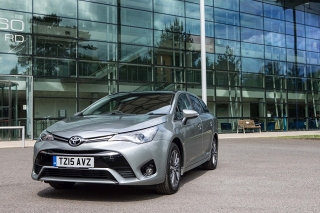 Toyota reckons word of mouth plays a big part in maintaining and building the customer base for the Avensis, and they’re probably onto something. While this isn’t the D-segment’s biggest seller, itself a part of the market which has suffered recently, its customers are loyal, often have other Toyotas and rate the ownership experience very highly.

Around 5,500 sell in the UK each year and, recognising that it’s the private part of this segment which is declining most, Toyota has put its efforts into targeting the 87% which go to fleets. It sets this the tough task of satisfying existing customers, while also appealing to company car drivers with premium models on their shopping lists.

So the Avensis has become a more aggressive-looking car, but it’s also much nicer inside. The heavily redesigned cabin feels up to European-brand benchmarks, with attention paid to soft-touch materials and the consistency of fonts, fabrics, stitching and that phosphor blue illumination. It also gets more supportive front seats for long-distance comfort, and an unchallenging infotainment system which – at least in the UK – will almost always have satellite navigation.

It’s also very functional, particularly as an estate, with a rear bench that folds flush with the load floor, under which there’s a compartment for the tonneau cover. Toyota Safety Sense, with lane-keeping, forward collision and road sign alerts, and automatic high beam, is standard across the range, which should keep insurance costs down.

Whole-life costs for operators are helped by a pair of new diesel engines, both sourced through a partnership with BMW and requiring cheaper, less frequent services. The new 143bhp 2.0-litre – the same engine usually denoted by an 18d badge – will be the bigger seller, and replaces Toyota’s 2.2-litre engine. It’s quiet and very smooth with a wide power band, and fuel economy of 67.3mpg is almost on-par.

The same 1.6-litre diesel used in the Verso is the range’s most efficient engine. Replacing the outgoing car’s 2.0-litre engine, it’s almost as hushed as the larger diesel and offers plenty of power for motorway cruising. However, it lacks low-rev pulling power and has to be worked much harder than the larger diesel, which is a constant reminder that this is the economy option.

Regardless of engine choice, the Avensis is a relaxed long-distance cruiser. Increased body rigidity and a new suspension setup has enabled Toyota to offer confident roadholding which doesn’t ruin ride quality, even on its largest wheels, and road and wind noise are well suppressed. It’s made this an effortless car to cover long distances in, rather than a machine which will entice drivers to take the long way home.

But past experience has shown that this isn’t a problem. Behind its new-found aggression, the Avensis continues to be an easy machine to live with, albeit a choice largely driven by its rational appeal. With a few new tricks up its sleeve, this might not be out to transform its presence in the D-segment, but it’s given a little extra for its advocates to recommend it on.

That familiar effortless Avensis ownership experience in a sharper suit, with two well-equipped fleet-focused trim levels and lower costs too. Worth trying.