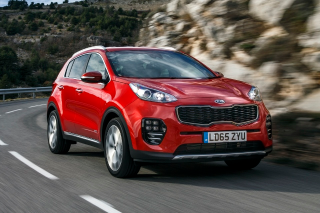 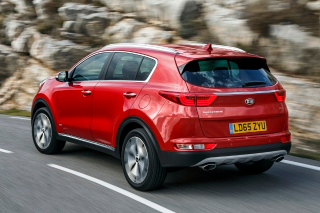 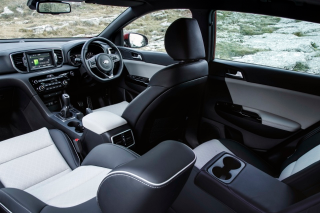 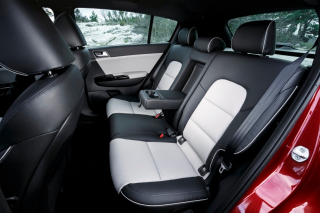 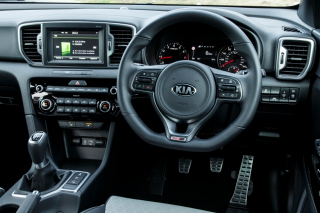 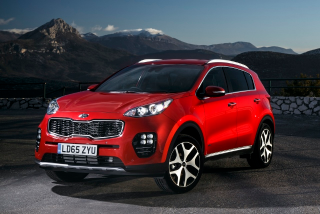 Kia reckons there’s even more volume to come from the Sportage and, considering its role in the brand’s recent success story, that’s no small statement. Posting new sales records every year since it launched, the crossover accounts for a quarter of Kia’s UK sales and brought plenty of conquest customers into showrooms. Continuing that momentum isn’t easy.

With that in mind, Kia could have been forgiven for a conservative update of its biggest-seller, particularly considering the speed at which the Hyundai Tucson is gaining ground. Instead, this is anything but subtle – aggressive and striking where its predecessor had an upmarket, almost German, simplicity to its design. It’ll divide opinions, but that’s never done the Juke any harm.

In the UK, Kia sees growth opportunities coming from fleet, particularly with the 1.7-litre diesel and two-wheel drive. At 135g/km, the outgoing car had suffered from changes to capital allowance limits, but the new Sportage comes in at 119g/km and 61.4mpg with this engine and, though that’s a long way behind the class leaders, it should open some new doors. It’s adequate for the car’s size, helped by a weight advantage over the Tucson, but can feel underpowered on steep inclines.

Unlike Hyundai, Kia won’t offer the much stronger 2.0-litre diesel with two-wheel drive. Instead, it will be available with 134bhp and 183bhp, depending on trim level, and automatic or manual transmissions, all with four-wheel drive. Extensively upgraded and with noticeably more torque, it’s a better fit than the 1.7-litre but relatively high CO2 emissions of 139g/km mean rival products have an edge for drivers needing the extra traction.

Regardless of engine choice, the Sportage feels wholly different to drive. It’s a stiffer bodyshell than before, with noticeably better ride quality and a new, more direct, steering setup which is welcome if still lacking in reassuring feedback compared to the segment’s best. But the big advance is refinement – diesel versions are significantly quieter and better isolated than before, though there’s still a little boom and wind noise at high speed.

The cabin feels like the Sorento’s, with improved fit and finish but a less elegant design than the old car’s, which had echoed the shape of the grille. Often-touched plastics and switches are much higher quality, except for the flimsy steering wheel paddles on dual-clutch versions, and the metallic accents make it feel quite upmarket in places. But it’s also quite cluttered around the centre console, particularly on heavily-optioned models, and can look quite drab in black.

Drivers and passengers should have few complaints. The sculpted front seats and rear bench are very comfortable, and the rear cabin floor has been lowered to increase headroom and drop the load height for the boot. An under-floor compartment with a space for the load cover is a useful substitute for the spare wheel, and the ISOFIX points are much easier to access. Kia has even re-shaped the A pillar and lowered the mirrors to improve visibility.

Perhaps the biggest reflection of this car’s change of position is the technology on offer. Higher trims get the usual active safety systems, as well as powered wireless phone charging and parking assistance. Navigation is included from the big-selling 2 version, with live traffic updates from TomTom included for seven years.

As with all new Kia products, the Sportage represents a huge advance over its predecessor. It may have become more divisive visually, but it’s in a good place to continue the outgoing car’s upward momentum.

Continued success of the Sportage will be vital for reaching Kia’s planned 100,000 UK sales by the end of the decade – a 25% uplift on 2015. It’s got the right technology and refinement to compete, but CO2 is lagging behind in a segment where the newest models are under 100g/km.