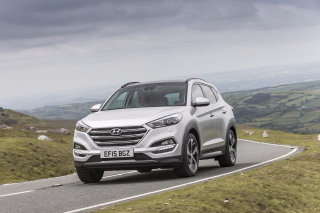 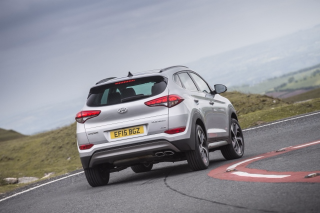 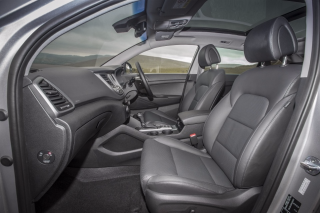 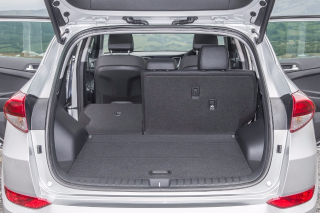 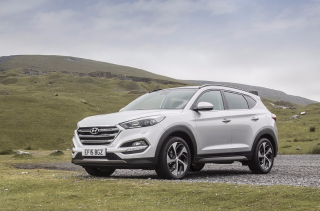 The commitment and bullish attitude Hyundai has shown over the past few years to compete as a credible and global car manufacturer is finally paying dividends. And the new Tucson is further evidence that they no longer need to prove they can match most European standards – it has been doing that since they first launched the i30 in 2007.

On sale now and replacing the ageing ix35, Hyundai has positioned this latest model so it straddles both ends of the highly competitive C-SUV segment. Prices will start at £18,695 for the base two-wheel drive petrol model, and stretch past £32k mark for the top-spec 2.0-litre CRDi 4WD tested here. So, there’s no denying that the Tucson is priced to sell. But where the ix35 needed more value on its side to win buyers over, this car will do that on its merits alone.

A new signature hexagonal grille, long bonnet and strong horizontal lines flowing from the wheel arches provide an instant and visual reference to the Tucson’s design language. It speaks directly to the style-conscious, whichever demographic they happen to fall into.

The Tucson’s overall length is about the same as a typical family hatchback, although at nearly 4.5 metres long it’s by no means a small car.

Now 30mm wider and 65mm longer than its predecessor, it has given backseat passengers even more space than before. Boot space has also increased, to 513 litres with the seats up. That beats the 470 litres offered by the Volkswagen Tiguan and trounces the Ford Kuga’s 360 litres. A lower boot sill height, plus a two-level floor and a stowable cargo screen also increases practicality over many of its rivals, including the Nissan Qashqai – the car it will probably be mostly judged against.

Hyundai has always made a persuasive case for itself by offering generous amounts of standard equipment, and this car is no different and there are five trim levels to choose from: S, SE, SE Nav, Premium and Premium SE.

Given its high-riding stance, the Tucson drives incredibly well and shows plenty of composure through the corners. The steering is a bit odd though, particularly when the Lane Keeping Assist System (standard on SE trim and above) is on, as a default function, causing it to keep pushing for constant adjustments.

The latter works really well. But unless a lifestyle dictates an all-wheel drive system, then it’s the blend of front-wheel drive, performance and efficiency which will make the smallest diesel in the range the most desirable option for fleet buyers, and ultimately Hyundai’s volume seller. It’s outright pace is good for an SUV of this size and weight, too – 0-62mph in 13.7 seconds, a top speed of 109 mph, 61.7 mg and the all-important CO2 emissions rating of 119g/km.

Clearly built to steal sales from under the noses of the market leaders, and from what we’ve seen thus far, there’s little reason to believe they won’t succeed.