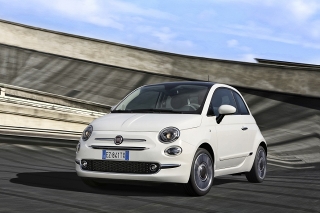 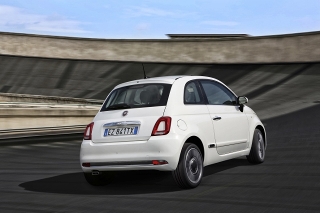 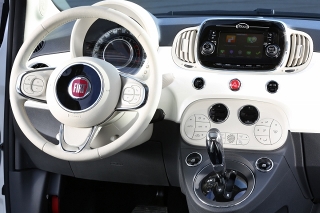 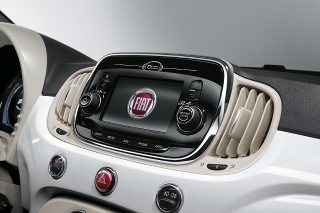 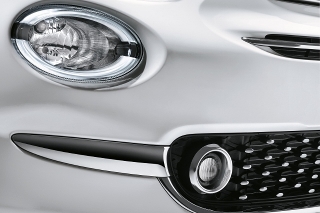 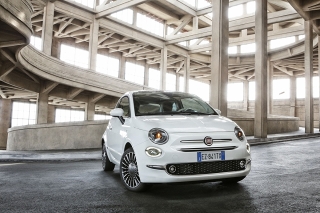 Launched in July 1957, the Nuova 500 – ‘new’ because it replaced the 500 ‘Topolino’ – was a seminal moment for Fiat. It was the car that put many Italians on the road for the first time and, in doing so, laid out the foundations for its retro-inspired namesake to spearhead of the brand’s recent renaissance.

This September, there’s another new Fiat 500 on the way and, tasked with maintaining still-growing sales momentum, it’s an important newcomer. However, this one isn’t quite as ‘Nuova’ as its predecessors.

It has no reason to be. Sold across most of the world, consistently setting new sales records and still entering new markets, the 500 enjoys strong residual values, a great image and is the spearhead of an entire family of products with the 500L, 500L Trekking and 500X. Fiat pitched the 500 perfectly in 2007, so you can understand why it’s trodden so carefully with the new one.

The reshaped nose, a nod to the 500X, features projector headlights and new spotlights lined with LEDs in the shape of the zeroes of the 500 logo, while the rear lamps have been hollowed out to make room for a body-coloured centre section. It’s subtly more modern, but still a pretty small car.

Otherwise, with ostensibly the same bodyshell, the good and bad points are carried over. So boot space is limited, the driving position is off-centre and the cabin is heavy on the hard textured plastics – normal for this sector, but a bit cheap at this price. However, with its body-coloured dash pad, boiled sweet switches and concentric instruments, the 500 still feels upmarket.

There's no change to the driving experience either. The 500 rolls through corners, its steering setup is nicely weighted but offers little feedback and the gear throws are long. It's not a driver's car like the MINI, but that's never been a problem for the outgoing car's target audience.

All UK trim levels feature a five-inch infotainment screen in place of the old LCD display, and it’s touch-responsive on the most popular, range-topping Lounge version. Slightly sluggish TomTom navigation costs an extra £250, and the Lounge’s system can stream apps to its screen, but the CD player has been replaced by a USB port.

With sales heavily weighted towards young retail customers, it’s the 69bhp 1.2-litre petrol engine which accounts for most UK volume. On paper it’s the least efficient, but it’s also the cheapest by £875 and an Eco pack will take it down to 99g/km CO2 later this year, which is good news for user-choosers who can live with its lack of torque and unwillingness to rev.

The TwinAir petrol is the pick of the range, and still offered with 85bhp or 103bhp. Both offer spirited performance and that unique flat mechanical growl under load, while CO2 emissions start at 90g/km. Real-world fuel economy isn’t great, but the Benefit-in-Kind advantage offsets the price hike against the 1.2-litre, and the driving experience is far more enjoyable too.

Cute and stylish, Fiat hasn’t tipped the 500’s apple cart here. But with a winning formula it could arguably have changed even less and would still enjoy strong sales.