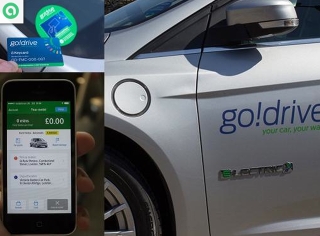 The marque’s Car Buying Trends 2015 studied new car buying habits in 22 countries across Europe and showed significant increases in the number of cars with technologies that help drivers to park, avoid collisions, and maintain set speeds and distances from vehicles ahead.

The research found that one in three Ford cars sold in the past year were equipped with parking systems that help drivers find and steer into parking spaces.

Meanwhile compared with the previous year, nearly twice as many cars were equipped with automatic braking tech.

And more than three in four drivers buy cars with voice-control systems that can be used to make calls, play music, find restaurants, and set navigation.

“While manufacturers including Ford are working toward autonomous vehicles, our customers are already embracing many of the smart technologies that make driving and parking easier and safer,” said Roelant de Waard, vice president, Marketing, Sales and Service, Ford of Europe. “We are seeing increasing demand for features that relieve the stresses of driving, and make it more enjoyable – for example, people have very quickly become accustomed to systems that help them to find a suitable parking space and reverse into it.”

Ford Car Buying Trends 2015 also looked at other purchase patterns including colour. It revealed that in the past year, of more than 1,000,000 cars sold in Europe, white was the top colour ahead of black, silver, grey, and blue – the latter being the fastest-growing choice for Ford cars.

“When it comes to car buyers tastes there are a few things that remain consistent over the years and many aspects that change and evolve,” Mr de Waard said. “We study these changes – and some can be surprising – in order to better serve customers across Europe.”