Fiat Chrysler and Renault have become the latest carmakers to be caught up in the diesel emissions scandal with the announcement of investigations. 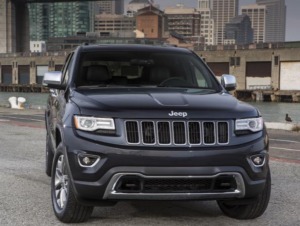 In France, the Public Prosecutor in Paris is to conduct a probe into Renault engines. The move follows an investigation into a number of carmakers in the wake of the Volkswagen emissions scandal.

In response Renault issued a press statement saying that “Renault vehicles are not equipped with cheating software affecting anti-pollution systems.”

And according to reports, the UK Department of Transport is looking into a US probe into Fiat Chrysler diesel emissions software.

The US Environmental Protection Agency (EPA) has issued a notice of violation to Fiat Chrysler for alleged violations of the Clean Air Act for installing and failing to disclose engine management software in 2014, 2015 and 2016 Jeep Grand Cherokees and Dodge Ram 1500 trucks with 3.0-litre diesel engines sold in the US. The EPA alleged that the undisclosed software results in increased emissions of nitrogen oxides (NOx) from the vehicles. The allegations cover roughly 104,000 vehicles.

A Department for Transport spokesman said it was “urgently seeking further information” from the EPA as well as Fiat Chrysler about vehicles sold in the UK.

“Our priority is to protect the interests of UK consumers … the department’s new market surveillance unit has the ability to test these vehicles if necessary,” he said.

Fiat Chrysler Automobiles US responded to the EPA announcement, saying: “FCA US believes that its emission control systems meet the applicable requirements.” It added that it has proposed a number of actions to address EPA’s concerns, including software updates for its emissions control strategies that could be implemented in these vehicles immediately.