Europcar has admitted it may have overcharged consumers by around £30m following alleged repair overcharges. 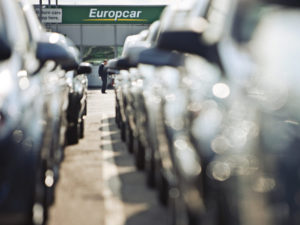 Europcar said its view is that the implications of the investigation will be somewhere in the region of £30m.

The car hire giant says it’s undergoing investigation by UK Trading Standards into repair costs levied in the UK – which began in June. According to a report in the Telegraph, Europcar has been accused of overinflating repair claims to customers by up to 300% over the last decade.

As a result the Telegraph says the Serious Fraud Office (SFO) is preparing to begin a criminal inquiry. A spokesperson for the SFO declined to comment, but told Fleet World it was “aware” of the situation.

Europcar UK’s own analysis showed 90% of its fleet had suffered some form of damage in the previous year, yet only 30% of customers had taken out additional insurance at the point of rental. It added that anecdotal evidence suggested insurance was generally only seen as a necessity when driving abroad.

In a statement, the company said it was “undertaking a thorough investigation and [it] is fully cooperating with the authorities. Given the ongoing investigation Europcar cannot provide any more substantive comment at this stage.

“However, on the basis of its own preliminary review, Europcar’s view is that the implications of the investigation will be somewhere in the region of £30 million and Europcar will communicate as appropriate as matters develop.”