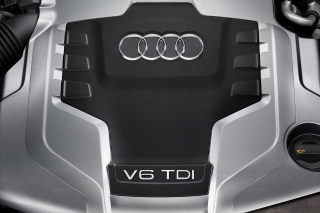 Issued on Monday, the EPA said the engine – fitted to 2014, 2015 and 2016 model year vehicles in the United States – was capable of recognising when it was undergoing laboratory-based emissions testing, switching to a low-NOx mode to come under legal limits.

Outside the laboratory, under normal road use, the EPA added that these engines emit up to nine times more NOx than the legal limits allow, thus violating the Clean Air Act. The findings come as a result of the agency’s recent testing of all 2015/16 light duty vehicles, announced at the end of September.

A Notice of Violation has been issued to Volkswagen AG, Volkswagen Group of America, Audi AG, Porsche AG and Porsche Cars North America. Defeat devices are said to be fitted to the 2014 Touareg, 2015 Cayenne, 2016 A6 Quattro, A7 Quattro, A8, A8L and Q5 – a total of 10,000 cars in the US, plus an unknown number of 2016 model year vehicles.

Cynthia Giles, Assistant Administrator for the Office for EPA’s Enforcement and Compliance Assurance, said: “VW has once again failed its obligation to comply with the law that protects clean air for all Americans. All companies should be playing by the same rules. EPA, with our state, and federal partners, will continue to investigate these serious matters, to secure the benefits of the Clean Air Act, ensure a level playing field for responsible businesses, and to ensure consumers get the environmental performance they expect.”

Volkswagen has issued a statement saying there are no such devices fitted in its vehicles, adding that it will assist with the investigations.