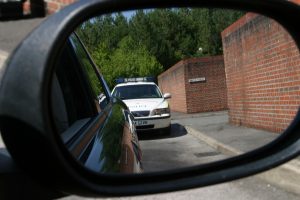 New analysis reveals the East of London comes top in the list of the UK’s uninsured vehicle hotspots.

The analysis of Motor Insurers’ Bureau data by Churchill Car Insurance analysis finds that East London has the highest number of uninsured vehicles in the UK as a percentage of all vehicles in the area, with a figure of 13.4%. This means that if a motorist was involved in an accident with a car in this area there is a one in eight chance the other vehicle would not be insured.

Ashton West, CEO at the Motor Insurers’ Bureau, commented: “Only four years ago, East London was the home of the Olympics, a focus of immense pride. Today it’s been given a less welcome title; that of the home of uninsured driving. But actually it’s a nationwide issue and affects many other key UK cities including Manchester, Birmingham, Bradford and Leeds. MIB is committed to raising awareness about the problem and driving down levels of uninsured driving.”

As well as East London, North, South East, North West and East Central London are all plagued by uninsured motorists, the research finds.

Across the UK there are estimated to be over a million uninsured motorists.

Mark Chiappino of Churchill commented: “The number of uninsured vehicles on the roads is alarming. Car insurance is a legal requirement but hundreds of thousands of motorists continue to flout the law. Drivers across the UK are paying higher premiums as a result of unscrupulous drivers that fail to insure their vehicles. We are calling for a greater recognition of the risks of uninsured motoring in the UK and far tougher penalties for those convicted of this offence.”