Reports that the Government is looking to legalise the use of electric scooters in the UK have caused alarm bells among road safety campaigners. 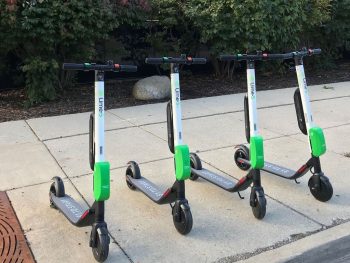 According to a report in The Times, the Department for Transport is to press ahead with a consultation announced last March and intended to clarity the law around their use.

Speaking at the time, the Government said it plans to invest £90m in towns and cities to test transport innovation, and the review will explore regulations around new types of vehicles including e-scooters and e-cargo bike trailers.

According to The Times, e-scooters could become legal for use on pathways and public roads, opening them up to eco-conscious travellers, as already seen in places like San Francisco.

But IAM RoadSmart has warned that e-scooters and their increasing popularity will lead to many people riding them on public roads alongside bigger and faster vehicles – and will put individuals, including the scooter users themselves, in great danger.

The road safety charity said it welcomes a long-term approach to transport planning by the government, but new modes of transport need dedicated routes to be truly safe.

It added that there is an urgent need for users of e-scooters to embark on some level of basic rider training and awareness before they start.

Director of policy and research Neil Greig commented: “Electric scooters are simply not safe enough to be on our roads alongside full-size vehicles.

“Mixing with pedestrians is also potentially very unsafe in shared areas. As with cycling, the answer probably lies in dedicated safe infrastructure for vulnerable road users. Allied to that there is an urgent need for more rider training, information on protective clothing and clarification of e-scooters’ legal status.”

Greig continued: “While we welcome innovation, transport changes and trends are happening far faster than the network is developing to accommodate them.

“Another Christmas has come and gone where e-scooters have been bought in large numbers as gifts, and summer beckons, when they will be widely used. With the prospect of even more e-scooters on our roads, so the need for clarity is now even more urgent.”

RoSPA has also commented on the e-scooter consultation, which it says is now urgent following the first fatal road accident involving an e-scooter rider in the UK last year.

A spokesperson for the organisation outlined: “Clearly a wide and informed discussion is necessary to allow for legalisation to catch up with available transport technology such as e-scooters. Some of the safety implications that will need to be considered include determining if e-scooters should classified as a vehicle, whether wearing a helmet and having lights will be mandatory and if there ought to be a minimum legal age to ride an e-scooter. RoSPA would also like to see firm and legally-binding safety standards introduced into the production of e-scooters.”