All future DS models will be either hybrid or electric by 2025, the French brand has revealed. 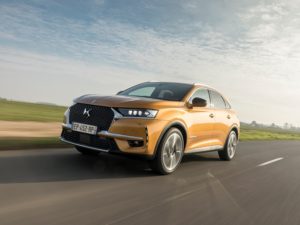 Although the carmaker had previously said that its second-generation models would have electrified (hybrid or electric) models available, the latest statement builds on this, with CEO, Yves Bonnefont, revealing that: “Starting in 2025, each new DS will be launched exclusively with electrified powertrains. Our ambition is very clear: for DS to be among the global leaders in electrified cars in its segment.”

The news comes as the brand readies for the autumn launch of the DS7 Crossback E-Tense 4×4– the PSA Group’s first PHEV – which offers 300hp and a 30-mile EV driving range. This comes ahead of the reveal of the first 100% electric DS model at the next Paris Motor Show.

PSA has previously announced its plans, including the launches of seven plug-in hybrids and four electric vehicles by 2021, across two platforms, not including products which will launch under its recently acquired Vauxhall and Opel brands. Opel has also announced that it will launch its first PHEV in 2020 for the Grandland X.