Fleet chiefs and industry associations have met up with the Department for Transport, Highways England and insurance company representatives to identify ways to drive better occupational road safety. 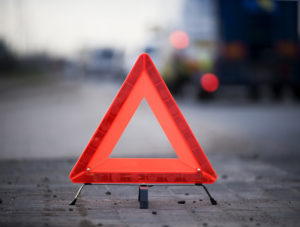 According to the ‘Working Together To Build A Safer Road System’ report, the cost of road collisions to individuals, society and the economy is in excess of £16.3bn per year.

Hosted by the team behind the Driving for Better Business (DfBB)  the ‘Driving for Work Summit’  involved fleet chiefs from a range of safety-focused employers as well as representatives of ACFO, the BVRLA and the FTA.

Many of the ideas and initiatives discussed will be fed into a major new work-related road safety initiative scheduled for launch in the spring.

Highways England is working with the campaign team to finalise a three-year programme that will engage a wide-range of stakeholders, including businesses and the public sector as well as government.

The forthcoming campaign critically picks up on recommendations outlined in the Transport Safety Commission’s March 2015 report ‘UK Transport Safety: Who Is Responsible?’ and the Government’s December 2015 road safety statement ‘Working Together To Build A Safer Road System’. These include working with employers to reduce road collisions at work alongside recognition by the Health and Safety Executive, employers and government that work-related road casualties is a collective responsibility.

Other initiatives to feature in the future campaign will include encouraging more fleets to utilise the online Fleet Safety Benchmarking project and encouraging major fleets that have adopted work-related road safety programmes to cascade their knowledge and expertise through their supply chain to smaller organisations.

Adrian Walsh, executive director of RoadSafe, which is working closely with Highways England to deliver the DfBB campaign, said: “Our new programme is intended to accelerate the uptake of road safety initiatives by major fleets and SMEs operating company cars, ‘grey fleet’ and light vans to reduce the number of collisions involving drivers on business journeys.”