Drivers avoiding prosecution due to lack of traffic police

Three-quarters (74%) of people say drivers can get away with motoring offences due to a lack of traffic police officers. 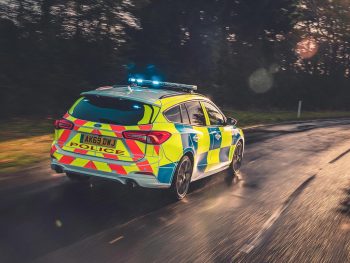 The AA research was carried out among more than 15,500 drivers who felt that only one in six (16%) people would be caught and punished for careless driving.

The AA said the analysis shows that a “worrying” long-term trend of drivers thinking they can avoid prosecution has set in, with the perception of being caught for an offence barely moving.

Drivers say police enforcement has not changed for four years in nine out of 10 offences. The only exception is speeding, where drivers feel there is more chance of being caught now compared to 2017.

Only a fifth (20%) of drivers said they were likely to see a police presence on their local roads compared to a quarter (25%) on motorways – and the latter has dropped from 29% in 2017.

More than eight out of 10 drivers (85%) believe that having a more visible police presence would help make roads safer.

The AA said it’s concerned that the continuous low levels of expectation that law-breaking drivers will be caught may encourage others to drive in a dangerous manner – and that “more cops in cars are needed to change the tide”.

Edmund King, AA president, said: “Drivers clearly feel that the lack of police officers on the roads means that the likelihood of getting caught for some major offences is hugely diminished. In order to achieve zero road deaths by the end of the decade, we need to do more to warn drivers that if they break the law they will be caught.

The study comes as the Department for Transport finalises its findings following the consultation on roads policing carried out last July, which asked for ideas to improve roads policing. The AA has called for more traffic officers as well as a firm commitment to setting national road safety targets with more localised targets set by Police and Crime Commissioners.

Edmund King added: “We hope the response to the roads police consultation includes an ambitious plan to recruit more traffic cops in order to stop acts of bad driving early and before a fatal collision. There is also clear evidence that the most serious traffic offenders are much more likely to be involved in mainstream serious crime, and therefore targeting dangerous drivers helps reduce overall crime rates.”