The Environmental Audit Committee’s new report on ‘Sustainability in the Department for Transport’ has missed an opportunity by not introducing measures to force fleets to monitor and record emissions. 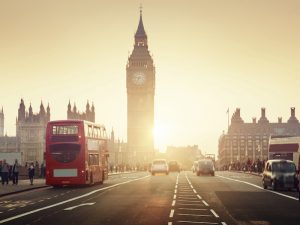 That’s the view of Fuel Card Services, which says the report’s focus on ultra-low emission vehicles “ignores the reality of current technology, cost and infrastructure”.

In last week’s report, the Environmental Audit Committee said the UK Government must commit to medium and long-term goals for sustainable transport and air quality improvements following the Brexit vote.

It also advised the DfT to set out a clear post-2020 plan for ultra-low emission vehicles, to give a clearer remit for local governments to invest in sustainable transport, and to investigate whether it should take legal action against Volkswagen following the ‘Dieselgate’ scandal.

In response, Steve Clarke, group marketing manager at Fuel Card Services, said: “The select committee made some good long-term suggestions, but has missed an opportunity. It could have recommended action that would bring immediate benefits for fleet sustainability. In particular, it could have urged the introduction of measures compelling commercial road users to monitor and record fleet emissions.”

He added: “Government should promote ULEVs, but recognising that widespread adoption remains a long-term prospect. Meanwhile, diesel and petrol vehicles will dominate for years to come. Government could achieve widespread, immediate impact with mandatory emissions monitoring.”

The select committee noted that, “emissions have increased for the past two years running.” Although it then recommended that the DfT, “set out in the Government’s forthcoming carbon reduction plan how it intends to deal with this,” it suggested no particular actions.

“What gets measured, gets managed,” said Steve Clarke. “Requiring fleets to record and track their emissions has to be the first step in getting them to implement reduction programmes. Thousands of fleets have already seen the sense of this, but many more will require encouragement in the form of regulation.”