By Natalie Middleton / 2 years ago / Comment, Opinions / No Comments

Following today’s publication of the Transport Select Committee’s report urging a clampdown mobile phone usage, Shaun Helman, TRL’s chief scientist – who provided evidence for the report – says we need a new way of educating drivers on the dangers of distractions. 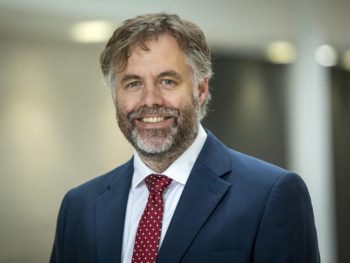 A debate about hands-free and hand-held phone use is welcome, but if we want to improve road safety and stop killing people it completely misses the point.

This morning’s Transport Select Committee report on driving and mobile phones is to be welcomed, for focusing our attention on a pressing and growing road safety issue. As someone who provided evidence to the committee, I don’t need convincing that the use of a mobile device while controlling a vehicle is something that must be considered by those seeking to reduce death and injury on the road. I also believe that the debate we keep having on this issue misses the important points, time and time again.

First let’s deal with some basic facts, which the report accepts. You cannot drive and do another task at the same time without your driving, and the other task for that matter, suffering. Experimental psychologists have known this for decades. TRL research published in 2002, using our driving simulator (a nice safe place to test things like this) also showed quite clearly that the accuracy and speed of drivers’ responses to sudden events on the road ahead were adversely affected by conversation-like tasks, and that crucially it didn’t matter if the conversation was hands-free, or on a hand-held phone.

While this finding has been important in defining the issue ever since, it is these phrases – ‘hands-free’ and ‘hand-held’ – that mislead us. First, the phrase ‘hands-free’ misleads us by making us think that if a task ‘leaves the hands free’ then it will not be distracting. The TRL research and others have shown that this is certainly not the case; there are many types of distraction (the other two main ones being visual – where you are looking, and cognitive – what you are thinking about). Second, the phrase ‘hand-held’ misleads us by making us think that it is the ‘holding’ a device that is the worst thing to be doing with the hands while driving. It isn’t; there are many other ways in which a driver can manipulate a device and which are much more likely to cause a crash – texting, browsing social media, scrolling through app functions and so-on. And other types of distraction tend to be present when manipulating (not just holding) a device; looking at the device (and therefore not at the road), thinking about what one is writing, what someone is saying on social media, or which song to choose next. All of this has been shown (in TRL research and elsewhere) to distract drivers.

The Transport Select Committee report mentions ‘hands-free’ or ‘hand-held’ (or both) in every one of its recommendations. But this language frames the issue in completely the wrong way. I’d like to suggest an alternative framing, which can move us forward in educating the next generation of drivers (the ones who have never known life without smartphones, incidentally). I think we can all agree that if someone is driving, we would like them to have their eyes on the road, their mind on the traffic situation, and their hands on the controls of their vehicle. This characterisation of the issue would mean that recommendations can be focused on enabling these ideals, rather than on banning certain types of device use on the basis of false dichotomies.

Driving? Eyes on the road, mind on the traffic, hands on the wheel. Simple.