By Alex Grant / 2 weeks ago / Latest News / No Comments

The Competition and Markets Authority (CMA) has issued a progress report for its study of the electric vehicle charging sector, confirming it will not pursue longer-term investigations to iron out some of the emerging challenges faced by consumers. 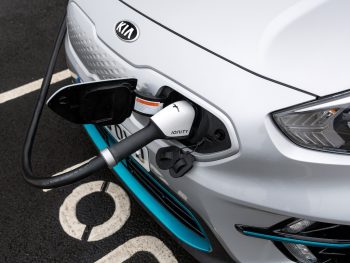 Launched in December 2020, the study addressed how competition was developing and whether the supply of charging services was in line with consumer interests.

Drivers were invited to comment in January, and the CMA had until 1 June to notify operators if it would carry out a market investigation reference (MIR) – a more detailed, 18-month investigation if it suspects competition is being distorted.

The organisation said its work had identified some emerging issues with public charging networks. This includes a lack of competition at motorway service areas, most of which are only equipped with Electric Highway charging points, and limited funding for kerbside and ‘hub’ charging for residential areas.

However, it added, an MIR would not be “necessary or appropriate” to remedy these issues. The CMA will issue a report in the summer, including its findings and suggested remedies, including recommendations to government or other, unidentified powers to encourage better competition. An MIR can be revisited later on, should other measures prove unsuccessful.