Carmakers step in to top up Plug-in Car Grant shortfall

Two carmakers have now stepped in to ‘plug’ the gap left on the Plug-in Car Grant (PiCG) after the Government slashed funding by £500 in the Budget. 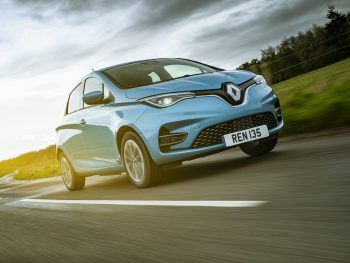 Just hours after the Treasury announced in the Budget that both the car and van grants would be continued, a clarification note issued by the Department for Transport and Office for Low Emission Vehicles revealed that the grant funding for cars had been cut with immediate effect to £3,000 compared to the previous level of £3,500 – effectively raising the cost of electric vehicles for drivers and fleet. Meanwhile, cars costing £50,000 or more will no longer be eligible for the funding either.

Now, both Renault UK and MG have said they’ll step in to top-up the grant back to £3,500, ensuring drivers don’t suffer a shortfall. For Renault, the offer applies to all new orders – both retail and fleet – for the Zoe placed before 31 March 2020, and is in addition to the existing current retail incentive to switch of £1,000, meaning the Zoe is currently available with £1,500 off.

MG Motor UK has also announced that it will top-up the grant back to £3,500 for the remainder of March 2020, ensuring customers can still purchase a brand-new MG ZS EV from £22,495 when coupled with the PiCG and MG Customer Saving.

Daniel Gregorious, head of sales & marketing at MG, said: “Since the launch of ZS EV in summer last year, our dealerships have been inundated by customers eager to get their hands on the first truly affordable, family-friendly electric car. With this top-up, we’ve maintained the exceptional value-for-money proposition that people expect from MG.”