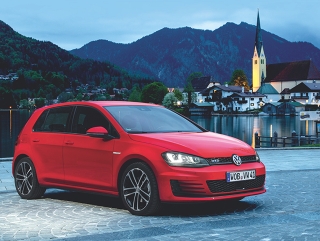 Revealed as thousands of Brits get ready to drive to Europe for their holidays this summer, the research of over 2,000 respondents on driving in Germany, France, Spain, Italy and Belgium found that over a third (37%) state that Germans are best behind the wheel. And 32% claim this is due to German motorists' ability to abide by the rules of the road. Yet almost half of Brits (44%) feel that the Germans are Europe's fastest drivers.

In contrast, Brits have crowned the Italians as Europe's worst drivers – with over a third (37%) of respondents saying Italians aren't up to scratch behind the wheel. This negativity could stem from the fact that Brits feel Italian drivers are most likely to break the rules of the road – with 39% holding this view.

Meanwhile, France is seen as the most popular destination to enjoy a driving holiday – with almost half of Brits (46%) admitting the region would be their first choice. Neighbouring Belgium is the least popular, with only one in 20 (5%) Brits wanting to go on a driving holiday there.

When it comes to driving abroad, respondents said their main problems were understanding the different languages (38%) – with German the hardest (23%), the different road rules and regulations (38%) – especially in Italy (14%) – and driving on the wrong side of the road (30%).

The findings also indicate that Brits find local drivers a nuisance with just under a quarter (23%) having difficulties with other motorists.

Finally when asked about how they drive in other countries, Brits' results reflect earlier findings – as they're most likely to drive fast in Germany (50%) and slowly in Italy (25%). Brits reasons for driving slowly when in Italy are likely due to its fantastic views – with one in three Brits (32%) admitting Italy is where they would be most likely to take in the scenery during a drive.