Bristol’s Clean Air Zone to include cars and vans

Bristol City Council has approved final proposals for a Clean Air Zone (CAZ), which could go live from October 2021 and include cars and vans. 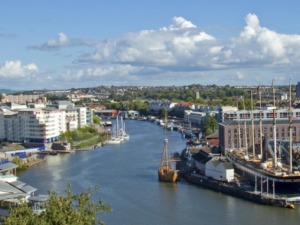 The ‘Class D’ CAZ, approved by the council and awaiting government go-ahead, will cover a small area of central Bristol and is estimated to deliver compliance with legal limits for air pollution by 2023

The ‘Class D’ scheme, which now requires government approval, is planned to cover a small area of central Bristol and is estimated to deliver compliance with legal limits for air pollution by 2023, much sooner than previous CAZ proposals. The council had been also looking at a larger ‘Class C’ scheme including vans but not private cars.

Bristol City Council said its approved plans offered a “balance between the most effective impact to change behaviours and improve air quality and the need to support businesses as much as possible”. It’s estimated over 71% of vehicles are already compliant and so only a minority of vehicles driving in the CAZ will be charged.

Bristol was due to implement a scheme at the start of 2021. But as with other cities, it said last summer that it was revisiting the plans to explore new ways to transform travel – in particular to avoid the challenges drivers and businesses are already facing as a result of the pandemic.

The scheme will only apply charges to non-compliant vehicles; below Euro 6 for diesels or Euro 4 for petrol vehicles. Financial support will be available to help low-income individuals switch to a cleaner vehicle or a different mode of transport.

Mayor of Bristol Marvin Rees said: “We have a moral and legal responsibility to make our air cleaner and the submission of this Full Business Case is a significant intervention to improve public health.

“We recognise that these proposals will impact on individuals and businesses. We’re now calling on the Government to provide the funding needed to help us support these people.”

He added: “We cannot take on the task of delivering clean air alone – we need all of Bristol’s help if we are to protect each other from dangerous pollution and toxic fumes. We want everyone to look at the changes they can make to their own lifestyles.”