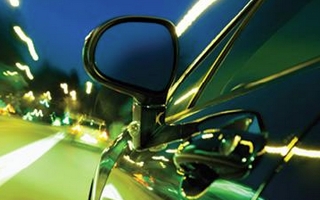 ISA technology uses GPS combined with a digital map of speed limits to keep vehicles to the posted speed limit. This technology could potentially make other speed control measures unnecessary and ensure all drivers comply with speed limits at all times, preventing thousands of needless deaths and injuries.

According to a survey by road safety charity Brake, almost a third of drivers (32%) said they would be willing to have ‘mandatory ISA’ fitted to their vehicle if it was free. This automatically decreases acceleration if the driver exceeds the speed limit, and cannot be overridden.

Three in ten (31%) said they would be willing to have ‘voluntary ISA’ fitted if it was free. This automatically decreases acceleration if the driver exceeds the speed limit, but can be overridden.

A further quarter (23%) of drivers said they would be willing to have ‘advisory ISA’ fitted, a system which alerts them when they are over the speed limit, but does not automatically reduce speed.

Only one in seven (14%) of drivers unwilling to make use of the technology in any form.

Gary Rae, director of communications and campaigns at Brake, said: “ISA represents a game-changer for road safety, with the potential to make all other speed enforcement unnecessary and prevent nearly half the devastating deaths on our roads. As yet, there has not been the political will to roll out ISA. However, as these results clearly demonstrate, the willingness exists among the driving public to use ISA to make speeding on UK roads a thing of the past.”