By Martyn Collins / 3 years ago / Latest News / No Comments

BMW has hinted that its fleet-focused ‘ED’ trim levels may no longer be needed, as other versions now have the right equipment levels and CO2 emissions to suit business users. 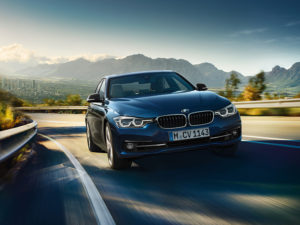 UK product manager for small cars, Charles Turner, told Fleet World: “We’ve had cars like 116d ED, which had all the options that fit the corporate market. However, as we’ve increased our standard specifications, we no longer need to have those models.”

The carmaker currently has no ED (EfficientDynamics) versions of the 1 Series or 5 Series, having previously offered both, but still has an offer in the 3 Series line-up. There are also no plans as yet to offer this on the new X2 SUV, he said: “At the moment we’re sure we’ve got the right car to meet its needs, but it’s about watching the marketplace, then maintaining and watching the brief – then react if there’s a need for it and open options up.”

Turner added that nobody is immune from the diesel versus petrol debate, but commented that the latest EU6 engines offer high efficiency and emit no more harmful emissions than petrol models, while remaining the better choice for long-distance drivers.

However, perception is reality and Turner believes there’s an issue now, with customers at best confused and at worst moving away from the technology on the basis of their interpretation. He said BMW had petrol alternatives and would not force drivers down a particular route.

“We’ve also got every platform optimised to accommodate electrification — there’s not a single model in the range that can’t be electrified, if the demand is there,” he said. “There is a shift away from diesel slowly, but it certainly doesn’t phase us, as we have a technology offering for every desired market. We’re starting to see a shift to petrol from our corporate customers, but it’s still very slow, although we think they’ll see a further shift moving forward. It really depends on the communication approach from the Government.”