Plans to implement a ‘Class D’ charging clean air zone in Bath city centre have been delayed after a six-week consultation saw a record-breaking response. 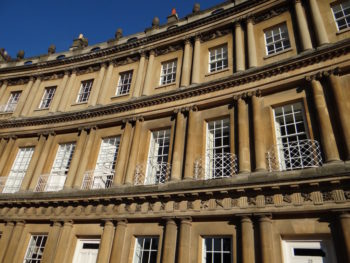 The council has been told by Government, along with 27 other authorities, to take urgent action to reduce nitrogen dioxide levels caused by vehicle emissions in the shortest possible time and by 2021 at the latest.

The council’s cabinet will receive a report tomorrow, 18 December, updating on the consultation.

Councillor Bob Goodman, cabinet member for Development and Neighbourhoods, said: “Clearly our consultation has encouraged a real airing of views and stimulated a serious debate about this crucial issue facing our city and wider area. All the responses have been thoughtful and they have covered a number of issues. These include concerns about rat running and parking in residential areas outside the proposed zone, suggestions for a bigger zone, and proposals for mitigations for those residents and businesses most impacted by the proposal.”

Although the government direction requires council compliance with air quality objectives as soon as possible, it also states that the council is legally required to give due consideration to the responses to the consultation exercise and the discharge of its duties under the Equalities Act 2010. This includes balancing air quality with the impacts that any measures may have, particularly where this may be perceived to unfairly penalise residents and businesses.

A report following the consultation has recommended a further report with fully costed and modelled options, including mitigations, be fed back to the cabinet as soon as reasonably possible.

Councillor Tim Warren, council leader, said: “Our aim is to be compliant with the minimum detrimental effect upon our residents, while maintaining and growing the successful economy in the city. Our residents and businesses have taken the time to speak to us and they deserve a considered response. In order to help shape our final decision we need to use these responses and secure the best package of support measures. To do this we will be taking into account people’s strongly expressed views and concerns.”