By Curtis Hutchinson / 3 years ago / Comment, Opinions / No Comments

With diesel demonised and severely taxed, is there a viable alternative for high-mileage company car drivers? Curtis Hutchinson reports. 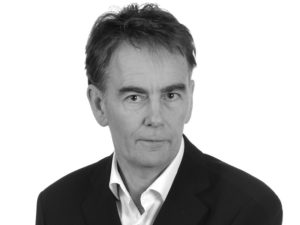 The demonisation of diesel is biting, and biting hard. Diesel car registrations plummeted by 30% in the first half of 2018 as user-choosers and decision makers address the dilemma of sticking with heavy oil or looking at the alternatives.

This perfect storm has been well documented. After years of successive governments encouraging usage, this one is actively discouraging usage by raising the BIK surcharge from 3% to 4% in April having previously signalled a willingness to drop it altogether.

Meanwhile ill-informed headlines confused the high NOx levels of older diesels with the latest ultra-clean Euro 6 compliant units, resulting in the market collapsing. A direct consequence was last year’s rise in CO2 levels – for the first time since 2000.

Furthermore, the anti-diesel agenda is causing some user-choosers and fleets to source cars that are perhaps inappropriate for high-mileage essential users.

Having once accounted for around half of all new registrations, diesel is currently tracking at a 33% market share, down from 44% just 12 months ago, according to half-year SMMT figures. Meanwhile petrol is up 11%, accounting for 62% of all new cars in the UK.

So what of the hybrid and electric alternative? Well, they’re up 24.2% but from a very low base. So far this year just 72,847 alternative fuel vehicles (AFVs) have been registered, compared with 812,535 petrols and 428,612 diesels. They still have a long way to go to close the gap and provide viable alternatives, especially for fleet usage.

Raising the BiK surcharge has proven too bitter a pill for many user-choosers and, for some, hybrids and plug-in hybrids are looking like cost-effective alternatives. Unfortunately the ownership experience rarely lives up to the expectations as real world driving reveals the shortfall between the claimed and actual fuel consumption figures.

Hybrids can be supremely cost-effective around town where electricity is the default source of power, which is why Uber drivers adore them, but those savings are soon wiped away at motorway speeds and over long distances. Many a diesel company driver has felt short-changed by their new hybrid’s inability to match economy and performance they are accustomed to.

Venson Automotive Solutions, the fleet management specialist, has released the findings of its 2018 EV Attitudes survey of 200 drivers. The results will make depressing reading for anyone involved in the Government’s Road to Zero strategy which set an ambition to see at least half of all new cars having ultra-low emissions by 2030.

Only 15% of respondents said they would definitely make the switch to an AFV, compared with 85% just 12 months ago. Furthermore, nearly half said they would not consider making the switch for at least another 10-15 years. Charging and range remain the biggest deterrents, although the levels of both these concerns were down year on year, at 61% and 45% of respondents.

Alison Bell, a director at Venson, said: “Clearly more needs to be done to make information relating to the ownership costs of an EV more readily available. This was an overriding conclusion of the survey we conducted last year, so it’s disappointing to learn that it still needs addressing. Fleet managers, car retailers, manufacturers and insurers all have a part to play in achieving this.

“Only one in 10 company car drivers said they lacked clarity in terms of EV as a company car option, suggesting that a clear communication strategy in terms of the benefits of an EV for an employee, is making headway in promoting knowledgeable ownership.”

The message is clear. Company car drivers understand the EV alternative, but most do not believe it is right for them. However, for user-choosers planning their next car now they face the unenviable task of selecting a vehicle that’s appropriate for the job, the most cost effective from a BiK perspective and friendly to the environment. If they are high-mileage drivers the choice is easier, but they know they will be penalised for doing so.