Alphabet is to expand its AlphaCity corporate car sharing platform into other manufacturers and also add LCVs to the fleet as it reports a near 20% uplift in journey bookings during 2017. 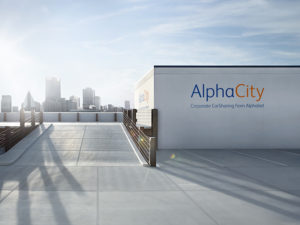 First launched in 2012, the scheme was intended to provide a more practical and cost-effective alternative to both traditional pool cars as well as daily rental, taxis and grey fleet usage by enabling employers to set up their own, fully managed CarSharing scheme which can be accessed and booked by employees directly, via a user-friendly web portal and the costs automatically attributed to the relevant cost centre.

Up till now AlphaCity has solely offered BMW Group vehicles but 2018 will see the scheme expand into other carmakers and also LCVs following a successful trial earlier this year.

Commenting on the use for LCVs, Simon Carr, chief commercial officer, Alphabet GB, said: “We think this sharing approach will be particularly appealing in the LCV and e-LCV sectors, where the vehicles are already shared and our technology will help make it easier for customers by addressing practical, everyday concerns like managing keys, increasing vehicle use and ensuring employer duty of care.”

The scheme is also seeing increased take-up in usage of electric and hybrid vehicles – with the BMW i3 having joined last year while the new BMW 5 Series and MINI Countryman PHEV have been added to the AlphaCity product line-up in 2017. Average CO2 output for the entire AlphaCity fleet now stands at just over 100g/km and with the increase in take-up of electric and hybrid vehicles the expectation is that this will decrease further.

The announcement comes as Alphabet reports that AlphaCity bookings at the end of November were up 18.7% compared with the total number in 2016, with the rise down to down to increased usage and bookings made by existing customers.

This means the average journey length for a shared vehicle has reduced to 43 miles, while each vehicle continues to average over 30 employee users per vehicle. Alphabet added that its findings show that people are now using the scheme more regularly and for shorter journeys than before, but doesn’t have any more detailed insight as to why that might be.

In addition, one of the firm’s first-ever AlphaCity customers is currently reporting 90% usage of their vehicles during working hours.

Nick Butler, Alphabet’s head of mobility services, commented: “Shared mobility requires a mindset shift in the industry and with fleet decision makers; it’s not about the sheer number of vehicles you have on fleet, it’s about how you use them to deliver more mobility with less vehicles. The key questions for successful shared mobility are around how often your vehicle assets are being employed, the number of people who can access them and ultimately the number of employee journeys which they are providing solutions for.”