More work is needed to understand the impact of aggressive and ‘unusual’ driving events on vehicle emissions to avoid impacting on air quality goals. 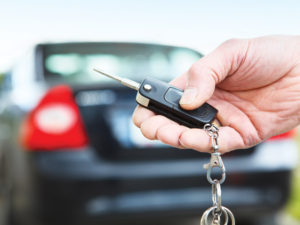 Aggressive driving increases NOx by up to five times

So says Emissions Analytics as its research find that emissions at high speed can peak at more than ten times typical levels of nitrogen oxides (NOx) pollutants.

The company has expanded its EQUA Index programme – which launched in 2016 to provide accurate air quality data as well as fuel consumption figures – to now put test vehicles through an extended cycle designed to measure performance in more extreme and unusual driving conditions. This includes higher speeds, higher and lower rates of acceleration, cold start emissions and emissions under regeneration of the diesel particulate filter.

The new figures – which are being run alongside the firm’s standard tests to provide a rating for the risk of exceeding the regulated level – have shown that aggressive driving on average increases pollutant emissions by 35% in rural driving and by around five times on the motorway. The publication of the research follows comments in last week’s Road to Zero Strategy from the Government on renewed action to encourage eco-driving among fleets and private motorists, including the creation of a taskforce with the motoring and insurance industry to promote the use of telematics.

The Emissions Analytics research has also found that the effect of a cold start on Euro 6 diesels, whether they have been tested under Real Driving Emissions (RDE) regulations or not, is that NOx emissions are 2.8 times higher on average during the cold start phase compared to the whole warm start cycle.

And the research has found that during regeneration of the diesel particulate filter NOx emissions are on average 3.3 times higher than in mixed driving with no regeneration.

In response, the firm said the data can be used to manufacturers and regulators, as well as cities, which will need to know that the latest vehicles do not have emissions hotspots that could undermine their air quality targets.