ACFO chairman John Pryor has told Fleet World the organisation is “surprised and disappointed” at the BVRLA’s move to open its membership to fleet operators from January. 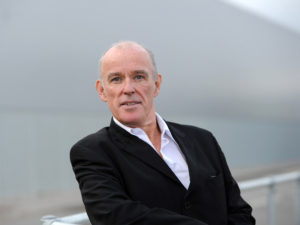 Announced at the BT Industry Fleet Forum in London last week, the BVRLA said broadening its membership criteria meant it could represent end-user fleet operators alongside the 900-odd vehicle rental and leasing associations it already works with.

Speaking at the event, Jay Parmar, BVRLA’s director of policy and membership said the association recognised that fleets face an unprecedented number of issues and that it would “ensure the voice of fleet is heard at the highest level of government”.

The initiative is aimed at stronger representation, deeper industry insights and becoming a louder voice of influence when protecting the interests of the sector, the association added in a statement on Friday.

Responding to the announcement however, ACFO’s John Pryor expressed concern over how the BVRLA would manage its different member audiences: “It has to be acknowledged that, as the BVRLA’s name suggests, it represents vehicle leasing and rental companies. ACFO can see that, at times, there is bound to be conflict when an organisation attempts to represent both suppliers and customers in the same industry,” he commented.

Pryor also pointed out that both organisations had a history of working together to bring a united front on fleet issues. “Over the years ACFO has worked closely with the BVRLA on numerous issues, holding joint discussions on many topics of common interest and making co-ordinated representations to government departments and other organisations.

“Most recently, for example, that has included the BVRLA taking part in ACFO’s successful campaign for an Advisory Electricity Rate for all plug-in cars to be introduced by HM Revenue and Customs and, only this month, both organisations jointly attended a pre-Budget 2018 meeting with HMRC, HM Treasury and Department for Transport officials.”

Despite saying the organisation was “both surprised and disappointed at the announcement”, Pryor said the two bodies would continue to work together.

“ACFO will continue to represent the independent voice of the fleet operator, while also continuing to work in partnership with other industry organisations, which include the BVRLA and ICFM (Institute of Car Fleet Management) with whom it also has strong links,” he concluded.