ACFO has announced details of its 2016/17 programme after appointing John Pryor to serve as chairman for a further 12-month term. 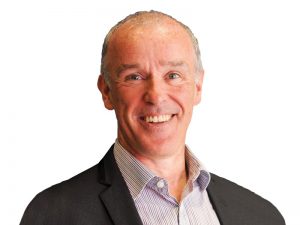 Pryor, fleet and travel manager at Arcadia Group, was unanimously elected by the ACFO board to serve as chairman for 2016/17, marking his third year in the role.

Additionally, Caroline Sandall, fleet manager at Barclays Bank, was unanimously re-elected to continue as deputy chairman in 2016/17 – this is her fourth year in the post.

Pryor said: “I am delighted to continue as ACFO’s chairman. It is vital for me and other people who have fleet responsibility to be able to discuss key issues with like-minded colleagues who collectively have a wealth of knowledge and experience.

“In organisations the job of the fleet manager can often be a lonely existence as fellow employees do not have practical knowledge or experience relating to managing vehicles. Therefore, ACFO fulfils a fundamental role in enabling members to exchange ideas and information.”

Pryor, who was first elected to the ACFO board in 2006, continued: “ACFO will be continuing the work it does in liaising with motor manufacturers and fleet suppliers and, importantly, many government departments and agencies including the Department for Transport, HM Revenue and Customs and the Driver and Vehicle Licensing Agency.

“Furthermore, we continue to work closely with a number of other industry organisations including the British Vehicle Rental and Leasing Association and the Institute of Car Fleet Management for the benefit of members and the wider fleet management community, which includes employees with vehicle responsibilities who hold jobs in HR, finance and procurement.”

In the next 12 months ACFO will be looking to further broaden its membership, continue its regional briefing meetings and is currently planning a fleet manager issue-based seminar programme, which is likely to be held in autumn 2016 and spring 2017 with the former focusing on “the drive for mobility and the future role of the fleet manager”.