Almost half of female drivers have been victims of aggressive behaviour on UK roads on account of their gender, the results of a new survey by dash cam specialist Nextbase, suggest. 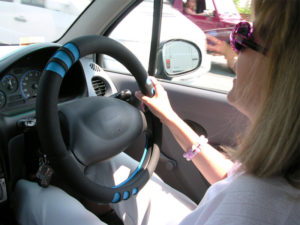 Female drivers have felt pressured into accepting the blame for accidents.

43% of the female drivers surveyed revealed that they had felt victimised by intimidating behaviour while behind the wheel, with 31% believing that their gender was a determining factor in these cases of road rage.

Almost 20% (17.8%) of women said they felt unsafe or very unsafe while driving. Furthermore, 10% said they had gone so far as to avoid driving alone altogether, for fear of being subjected to abusive behaviour from other drivers.

The survey also revealed that some women drivers felt that they had been pressured into accepting the blame for an accident when it wasn’t their fault.

Nextbase claims that dash cams can help to provide ‘peace of mind’ for all drivers, with particular benefits for lone female drivers, who currently only represent an estimated 3% of dash cam users.

“While the use of dash cams has surged recently, it has largely only been male drivers taking advantage of what our cameras have to offer,” commented Richard Browning, director of Nextbase.

“It’s clear, however, that women can also reap the benefits of our products, including the Limited Edition 312GW Dash Cam. It features all the great elements that drivers have come to expect from our industry-leading cameras and within a colourful, stylish casing.”