Changes to taxation for salary sacrifice cars next April could cause a rush for orders, and businesses are being advised to consider their choices carefully rather than trying to quickly take advantage of the outgoing scheme. 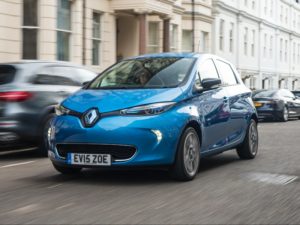 Salary sacrifice schemes still have a role to play, particularly for increasing uptake of ultra-low emission vehicles, experts have said.

Announced in the Autumn Statement yesterday, most salary sacrifice schemes will be taxed as regular earnings from April 2017. This includes cars, though ultra-low emission vehicles are exempt, along with pensions, pensions advice, childcare and cycle to work schemes.

As vehicles ordered before the change are also protected, industry consultancy Fleet Audits is foreseeing increased demand in the meantime, with potential shortages in popular salary sacrifice cars possible. The company is advising businesses to investigate the financial impact of these changes before rushing to put employees into new cars before April.

“This change should be seen as an opportunity [for businesses] to revisit their whole mobility policies,” it said. “A range of recent client projects, as well as wider discussions with employers, has shown us clearly that many fleet and mobility policies are significantly out of date in respect of current HR & remuneration principles, vehicle technologies and overall economic policies.”

The industry sees an ongoing role for salary sacrifice. Pendragon Vehicle Management said it still enables employees to take advantage of manufacturer discounts and corporate service and maintenance costs. Salary sacrifice expert, Tusker, which had been involved with the government’s consultation process, welcomed the protection of ultra-low emission vehicles and those already in schemes from the latest changes.

David Hosking, Tusker’s CEO, commented: “The Chancellor has listened to our evidence and protected ULEVs, endorsing them in the same way as cycle to work schemes and child care vouchers. Car Benefit Schemes are the most affordable way to get a brand new, fully maintained and insured car, something which so many UK workers are heavily dependent on. This positive step protects hard-working basic rate tax payers, who are the overwhelming beneficiaries of Car Benefit Schemes.

Paul Hollick, managing director of The Miles Consultancy and chair of the Institute of Car Fleet Management, said it appears HM Treasury sees such schemes declining: “Existing users of car salary sacrifice will be relieved that the new rules will not apply to their schemes until 2021. The Treasury does not project a significant jump in revenue at that point, suggesting that it expects many employees to either abandon car salary sacrifice in the next few years or switch to ULEVs, which will be exempt from the rule-change.”

Matt Sutherland, Chief Operating Officer of Alphabet, is also concerned that the announcement lacks details on other options for drivers: “At this stage we are still seeking clarity on the impacts of today’s Autumn Statement for those that have opted for a cash allowance in lieu of a company car,” he said.