The used car sector is seeing a seismic shift upwards in pricing, thanks to robust consumer demand and dwindling supplies, indicating a strong summer for used car prices. 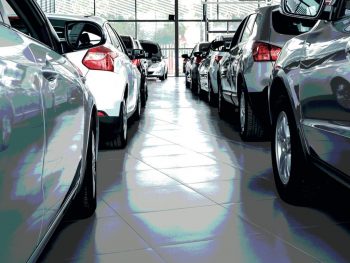 Data from Cap HPI’s Live values shows an overall increase of 6.7% at the three-year point during May, equivalent to over £800 per car. This is more than three times the previous monthly increase in values.

According to reports, some showrooms are seeing queues out the door and sites almost too busy to service all the customers coming in. This is due to the social distancing measures still in place and limited capacity.

“We really are in unprecedented times,” said Derren Martin, head of valuations at Cap HPI. “From franchise dealers to car supermarkets and independents, activity levels across the board have been amazingly strong, with sales rates ahead of budget and in most cases ahead of pre-Covid rates.”

The reasons why are many and varied; there’s been a degree of pent-up demand following lockdown restrictions, as well as the creation of ‘accidental savers’ with money to spend. But new car supply issues and uncertainty over foreign holidays this summer are also playing a hand.

While the trade arena is seeing extraordinary price rises, these are not being replicated in retail. And this is making it increasingly difficult for the trade to buy cars working back from retail advertised prices. Not all outlets have been increasing the advertised prices of cars in-line with the increased demand and some have taken a while to realise it would be impossible to replace sold units for amounts similar to what they had paid for them.

In the wholesale sector, some are selling cars at well in excess of 110% of monthly cap values and some manufacturers selling their cars close to 120%.

This has helped to make auction cars look attractively priced, even though with increased competition they were also selling for way ahead of monthly cap figures.

Cap also said it’s seeing strong adoption of its live values to keep in touch with the rapidly evolving market; its monthly values were out of date almost as soon as they were published..

Martin concluded that whilst demand will likely dip from the current peaks, supply levels are still going to be lower than normal.

“There is no tsunami of stock waiting to appear,” he explained “There are well-documented new car supply issues, meaning less part-exchanges and fleet returns due to component shortages, particularly for semiconductors.

“Currently manufacturers and dealers are switching some customers into cars they have in stock, but what happens when those stocks dry up? Undoubtedly, many lease terms continue to be extended too. From late June/July, stock levels will have dwindled and the component shortage could well be impacting supply more acutely, depending on the brand. The semiconductor issue could well have an even greater sting in the tail.”

And the unlikelihood of huge volumes appearing in the market means that prices are likely to stay high, although it’s extremely doubtful the current increases in value will continue at the current rate.

“We could well be in for a strong summer for used car prices and this strength could potentially last even longer,” added Cap.