US Department of Justice sues Volkswagen Group for emissions scandal 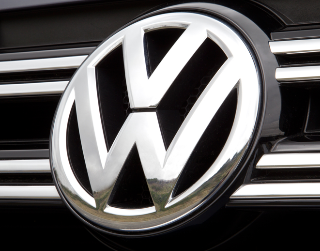 Filed on behalf of the Environmental Protection Agency (EPA) in a federal court in Detroit, Michigan, the complaint alleges that nearly 600,000 2.0 and 3.0-litre diesel engine vehicles sold in the US had illegal 'defeat devices' installed which impair their emission control systems during road use and cause emissions to exceed EPA’s standards, resulting in harmful air pollution.

The complaint further alleges that the group violated the Clean Air Act by selling cars that are designed differently from what Volkswagen had stated in applications for certification to EPA and the California Air Resources Board (CARB).

According to Reuters, the lawsuit could see the group face fines exceeding $90bn (£61bn) – or as much as $37,500 per vehicle per violation of the law. The carmaker is already facing separate criminal charges as well as a number of class-action lawsuits filed by VW owners.

“With today’s filing, we take an important step to protect public health by seeking to hold Volkswagen accountable for any unlawful air pollution, setting us on a path to resolution,” said assistant administrator Cynthia Giles for EPA’s Office of Enforcement and Compliance Assurance. “So far, recall discussions with the company have not produced an acceptable way forward. These discussions will continue in parallel with the federal court action.”

In response, Volkswagen issued a statement saying: "Volkswagen will continue to work cooperatively with the EPA on developing remedies to bring the TDI vehicles into full compliance with regulations as soon as possible. In addition, we are working with [attorney] Kenneth Feinberg to develop an independent, fair and swift process for resolving private consumer claims relating to these issues.

"We will continue to cooperate with all government agencies investigating these matters."

Last October saw Volkswagen announce its first quarterly loss in at least 15 years after setting aside €6.7bn to cover the costs of the scandal.

The Wall Street Journal quoted ING as saying in a research note: “We [previously] assumed around €12bn ($13bn) in fines, we are not convinced yet that the number will be significantly above this when a final settlement is reached.” It added that ING analysts said they expect Volkswagen will seek to settle the matter out of court.

No similar lawsuits have been announced in the UK.