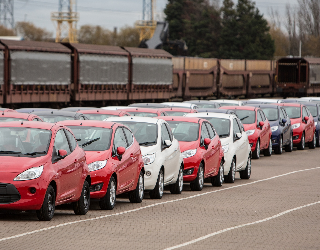 So says CAP which, following a 1.1% decline in registrations last month, is urging the industry and the public to look at the bigger picture.

The firm said that a lack of growth in November and December will still result in 2.6 million new car registrations, putting the UK industry in a very healthy state.

Philip Nothard, CAP consumer and retail editor, says the slowdown is to be expected after exceptional growth in 2014. He explained: “Q4 2014 saw the highest year-on-year growth of that year, which had a 14.24% increase on 2013, across the year. October 2015 had a lot to live up to, in terms of performance, so it’s no surprise that we’ve seen a slight slip in numbers.

"Whilst Volkswagen sales fell by 9.8%, other manufacturers reported a greater decline in sales. Vauxhall sales were down by 16.4%, Nissan by 12.9% and Mitsubishi by 11.9%.  A little levelling out is to be expected, rather than a sign of a downturn in the market.

“The fact is, the UK car industry is on track for a record year. Even if the UK doesn’t register a growth in new car sales in November and December, we’ve already exceeded annual figures for 2008 through to 2014. With no registrations for November and December, 2015 would still be the fourth highest year in a decade, so there’s a lot to celebrate.

“However, the year isn’t over yet. The sentiment within the franchise dealers, is that even with the high levels of pre-registration stock in the market on the back of recent months, there are no easing for target expectations and the consumer incentives remain extremely attractive.”