Toyota has updated its Aygo with a new design and increased performance. 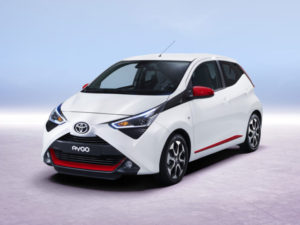 A fresh face and more driving fun for Toyota Aygo

Making its debut at the Geneva Motor Show, the latest iteration of the brand’s city car – which holds a 6.6% market share in the segment – gets a 2bhp increase for the three-cylinder 1-litre petrol engine to 71bhp while torque remains unchanged at 69lb.ft. Pre-homologation figures show that combined cycle fuel consumption has improved from 68.9 to 72.4mpg – CO2 emissions have not been announced.

Aygo model grades and equipment features for the UK market will be announced nearer the car’s on-sale date later this year.