Tesla is to launch a compact SUV, pickup truck and two heavy-duty vehicles, alongside a suite of mobility solutions, according to founder and CEO, Elon Musk. 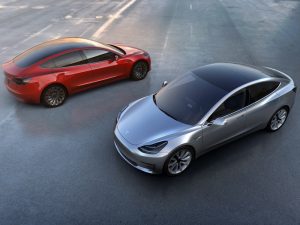 Tesla will follow the Model 3 with a compact SUV.

The announcement is said to be part two of the company’s ‘master plan’ for energy-efficient living, the first part of which was announced ten years ago.

Part one had involved launching the low-volume Roadster, funded using Musk’s profits from co-founding PayPal, then re-investing profit into the higher-volume Model S, which in turn would fund the Model 3, launching next year. It was also aiming to launch a solar energy solution.

Part two is a little more wide-ranging. Musk said the company will launch a compact SUV, which is likely to be based on the Model 3’s platform and compete with cars such as the Porsche Macan and Jaguar F-Pace, and a pickup trick. The latter is a vital addition in the United States, where the Ford F-150 is the country’s best-selling vehicle.

Autonomy will be an important technology for the company. Tesla is working towards fully autonomous vehicles, based on data from the ‘Autopilot’ driver assistance system which is undergoing ‘beta’ testing at the moment, and Musk said all of its cars will be able to drive themselves and be summoned to collect owners.

In turn, the aim is to enable drivers to offer their cars via a shared fleet, earning money from them when they would otherwise be parked, which will mean there will be no need to develop a vehicle smaller than the Model 3.

Autonomous driving technology will also underpin Tesla’s planned heavy-duty truck and bus, both under development and due to be unveiled next year. Musk believes these will be able to be operated remotely by a fleet manager, reducing their overall size and improving energy efficiency.

“We must at some point achieve a sustainable energy economy or we will run out of fossil fuels to burn and civilization will collapse,” he said. “Given that we must get off fossil fuels anyway and that virtually all scientists agree that dramatically increasing atmospheric and oceanic carbon levels is insane, the faster we achieve sustainability, the better.”