Vauxhall has teased the new-generation Mokka ahead of its arrival in early 2021, including in a fully electric version. 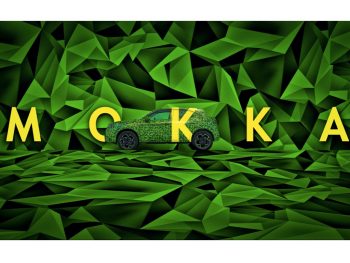 The second iteration of the small SUV – shortened to Mokka from Mokka X – plays a key role in Vauxhall/Opel’s previously outlined electrification offensive and joins the Corsa-e and plug-in hybrid Grandland X launched this year while the electric Vivaro van arrives in the autumn.

It will be available as an electric version from the start of sales, although the range will also include petrol and diesel versions.

As well as the electric model, the new Mokka will introduce Vauxhall’s latest ‘detoxed’ design language and a fully digitised interior.

“The new Vauxhall Mokka will change people’s perception of our brand,” said Stephen Norman, Vauxhall’s managing director. “Not only does it show that we’re serious about electrification, but also that we’re not afraid to innovate with design, both inside and out of the car. The Mokka is still in its development phase now, but it is set to be one of Vauxhall’s most important models when it arrives with customers at the start of next year.”