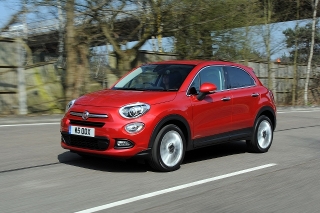 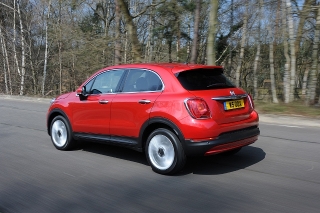 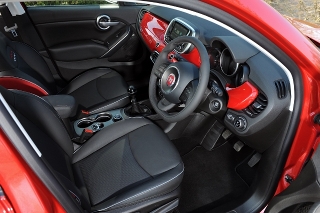 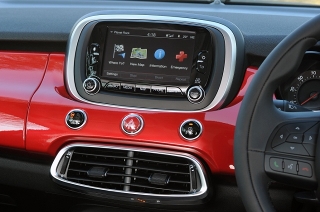 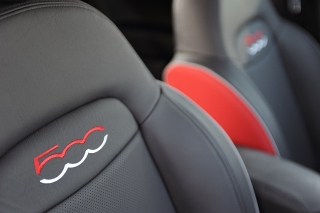 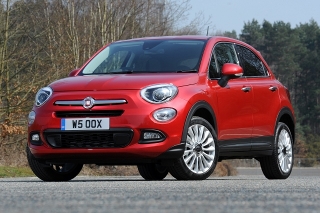 Despite the ever-broadening choice of segments and bodystyles on offer, some cars launch with all the right ingredients to ensure they can’t possibly be a flop. Take the style of the 500 and scale it up to a size which enables it to compete for the Europe’s fastest-growing and biggest-volume segments, and the 500X is a bit of a no-brainer for Fiat.

We’ve been here before, of course, but this is a far better upscaling of the 500 than the 500L ever was. Fiat has successfully added two extra doors and plentiful extra heft without losing the top-hat side profile and cutesy looks of its endearing city car sibling. Good going for something which is almost the same size as a Range Rover Evoque. A small car this is not.

Buyers get a choice of urban or off-road versions, depending on the trim level, so the 500X can fill two holes in Fiat’s model range. It can be a compact crossover or, essentially, a C-segment 500 to compete against more conventional hatchbacks. Both are valuable niches to fill, given what’s otherwise a limited model range.

First impressions aside, there’s real feeling that this is cut from the same cloth as the 500 throughout. The cabin shares its large colour-coded dashboard section with the city car, as well as the distinctive lozenge-shaped headrests and neat flashes of style such as the logos embroidered into the seatbacks. Uconnect infotainment with TomTom navigation is standard on the Lounge trim.

Sadly it’s also inherited some of the 500’s less appealing points. Cabin quality isn’t up to the best of either segment it’s up against, with plentiful hard plastics and an overall feeling that it’s not quite the premium product that – say – a MINI Countryman could be perceived as. However, despite retaining the 500’s silhouette, there’s plenty of room for rear-seat passengers and the boot offers an ample 350 litres of capacity.

It doesn’t drive like a small car, either. The 1.6-litre MultiJet diesel produces 118bhp and is only offered with front-wheel drive, it’s a little clattery at idle but suitably long-legged for motorway miles and the seats and driving position are much better than in the 500. Ride quality is firm, though not uncomfortably so, and it has the same sure-footed but slightly top-heavy handling as most of its crossover rivals.

Two wheel drive versions get selectable driving modes, comprising Sport and All-Weather with an Automatic setting in between. Sport makes the throttle incredibly sensitive, and gives the 500X an eagerness which belies its modest power output, but it’s perhaps too sensitive for motorway miles. Automatic is far more relaxed, but the compromise is over-sensitive steering. A mix of the two would be welcome on long journeys.

But niggles such as these are unlikely to dissuade 500 buyers, and arguably the 500X better fills the role the 500L set out to plug two and a half years ago, offering all the space and practicality most buyers need, without the slightly awkward MPV styling. On the money in terms of pricing, fuel economy and CO2 emissions, and with style in its favour, there’s no reason why this shouldn’t be an instant hit.

An easy sell for Fiat dealers with plentiful company car appeal. Perhaps its biggest potential threat is the cheaper but equally stylish Jeep Renegade with which it shares a platform.