Nearly two-third of UK drivers admit to speeding with a similar number texting behind the wheel, according to new research that identifies the top 10 driving bad habits of British drivers. 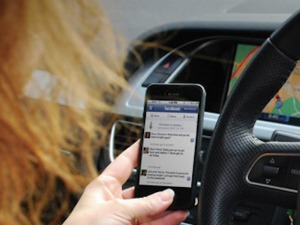 A total of 60% of drivers admit to texting behind the wheel, find The Fuelcard Company research

Carried out by The Fuelcard Company, the study questioned 1,000 drivers across the UK and found many drivers have acquired potentially dangerous driving habits:

The report also asked drivers about road rage with 38% admitting they felt they suffered from it. Almost a third of the drivers said they had seen a vehicle being cut up, more than a fifth (20.2%) stated they had seen someone get out of a car to threaten another driver and worse still 7% had actually witnessed a car ‘ram’ another vehicle.

The Fuelcard Company has also created an interactive online calculator which generates an individual’s driving statistics since they got their licence and identifies their driving persona. Try it out here: www.fuelcards.co.uk/what-type-of-driver