Q&A: Implications of the ECJ ruling on travel time for mobile workers

By Natalie Middleton / 5 years ago / Features / No Comments 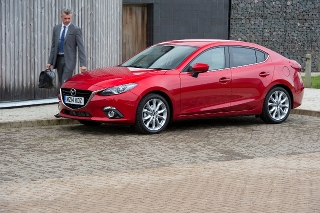 The European Court of Justice (ECJ) has ruled that for mobile workers – who have no fixed place of work – the time they spend travelling between home and their first and last place of work each day now counts towards the 48-hour working week under the Working Time Directive.

This marks a change from the rulings for workers with a fixed office where time spent travelling at work counts towards their working hours but “normal travel to and from work” and “travelling outside normal working hours” does not.

As a result, businesses that have mobile workers are being urged to look at such workers’ travelling time and their pay procedures.

What’s the history behind the ruling?

The case relates to Spanish security system installation firm Tyco Integrated Security SL, which closed its offices in the provinces in 2011 and assigned all its employees to a central office in Madrid.

The firm’s technicians use company vehicles to travel to appointments across Spain, but the employer does not treat the first journey of the day (from home to the first appointment) or the last journey of the day (from the last assignment to home), as 'working time'. Instead they regard this travel time as ‘rest time’ under the Working Time Directive.

However, before the firm closed its offices it used to require staff to go into the office to pick up vehicles and customer lists and to return there at the end of the day to leave the vehicles. This time was counted within the employees’ daily working time.

In response to the change, the technicians brought a claim, which the Spanish courts referred to the ECJ.

What did the ECJ say?

The Court ruled: “Where workers, such as those in the situation at issue, do not have a fixed or habitual place of work, the time spent by those workers travelling each day between their homes and the premises of the first and last customers designated by their employer constitutes working time within the meaning of the directive.”

The ECJ added that the journeys are a necessary means for employees to provide their technical services at the premises of those customers. “Not taking those journeys into account would enable Tyco to claim that only the time spent carrying out the activity of installing and maintaining the security systems falls within the concept of working time, which would distort that concept and jeopardise the objective of protecting the safety and health of workers.”

The ECJ also pointed out that during the necessary travelling time – which generally cannot be shortened – the workers are therefore not able to use their time freely and pursue their own interests.

It also said Tyco’s prior policy before the abolition of the regional offices, which shows that the work consisting in driving a vehicle of a regional office to the first customer and from the last customer to that office was previously among the duties and activity of those workers. The ECJ added that it is only the departure point of the journeys that has changed.

What does this mean for fleets?

Law firm Irwin Mitchell has said that the ruling will have significant implications for companies that employ mobile workers who spend a lot of their time travelling to different appointments.

Partner Christopher Tutton added that thousands of companies may need to make changes, for example, by ensuring that assignments at the start and end of the day are near employees' homes, adjusting working hours generally or asking employees to opt out of the 48-hour working week.

Tutton warned: “If they don't, employees could quickly exceed the number of working hours that they are legally allowed to work and bosses could therefore soon find that they are operating illegally and at risk of facing costly claims against them.”

He added: "The UK Government will also be under pressure by unions and workers in relation to issues surrounding the National Minimum Wage Regulations to require employers to pay for this time. Currently, travel from a worker's home to their place of work is not counted and does not have to be paid. Where home is their effective place of work, it will be difficult for the Government to sustain an argument that time that is deemed to form part of a worker's hours should not be paid for and if employers are required to pay for this, it could dramatically increase the payroll costs of businesses who employ low-paid staff."