Fiat Chrysler and PSA Group have confirmed they are in merger talks, potentially creating one of the world’s largest carmakers. 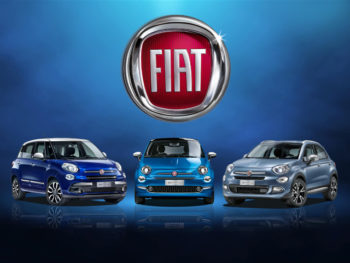 Following months of media reports over a tie-up between the two, FCA issued a statement today (30 October) saying: “There are ongoing discussions aimed at creating one of the world’s leading mobility groups.” A similar statement from PSA also confirmed the reports.

The merger would create a global carmaker covering brands ranging from Peugeot and Opel/Vauxhall to Fiat, Chrysler, Jeep and Alfa Romeo and valued at more than $50bn (almost £40bn).

Fiat Chrysler had been exploring a tie-up with Renault this summer but pulled out of talks, blaming French politics. This year has also seen rumours of a merger between PSA and Jaguar Land Rover but JLR parent Tata Motors issued a statement in May saying that the carmaker was not for sale.

The talks come at a time of increased partnerships between carmakers to tackle autonomous driving, electric vehicle and mobility solutions. BMW and Daimler announced a JV in spring 2018 that combines the carmakers’ mobility offerings to bring a single source for everything from ride-hailing to EV charging.

More recently, VW – which previously had an alliance with Suzuki that was settled in 2015 after a four-year dispute – and Ford revealed further details of their partnership while Toyota and Suzuki have now entered a capital alliance agreement, taking stakes in each other to cement the firms’ long-term partnership on areas such as autonomous driving.

Recent research by strategy consulting firm Ptolemus on OEM readiness for autonomous vehicles said FCA and PSA were falling behind, adding that American OEMs were clearly leading the way while their European counterparts were partnering up to stay relevant. A partnership between the two would also see FCA benefit from PSA’s expertise in electrified vehicles.