One in 20 UK drivers taking penalty points for someone else 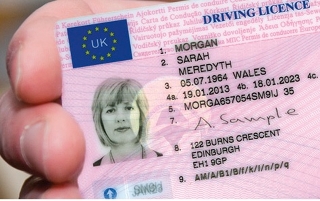 New FOI data obtained by comparison website Confused.com also reveals that of those who admit to falsely swapping penalty points, more than half have done so three times or more (59%).

More than a third of motorists (34%) have received penalty points at some point for a motoring offence, with the majority of these points being handed out for speeding (80%).

The figures are revealed nearly two years (11th March 2013) since former cabinet minister Chris Huhne and his ex-wife Vicky Pryce were sentenced to prison terms for perverting the course of justice after they lied about swapping speeding points.

Worryingly, more than one in 10 motorists (11%) are unaware that it is illegal to take penalty for a friend or relative, with nearly three quarters (72%) of those who said they would take someone else’s points admitting that they would do so for their partner. They would also be willing to take points for their children (37%), parents (35%) and siblings (22%).

More than a third of those who have taken points for someone else (37%) said that they did so because the driver in question could have lost their job. However, a similar number of people (36%) said they took someone else’s points because they were paid to do so.

Gemma Stanbury, head of motor insurance at Confused.com, said: ‘Avoiding penalty points for a motoring offence means many drivers who are prone to offences, such as speeding, remain on the roads, where they may pose a risk to others. Penalty points are designed to deter drivers from repeatedly breaking the law and to penalise those who do.

‘The police are aware that there are drivers on the roads who are illegally swapping points, and motorists should remember that the Police have direct access to DVLA data where they can look at anyone’s driving record to compare photos. It can be easy for the Police to match photos using DVLA information, and to ascertain whether the person taking points is the vehicle’s driver.

‘Incurring multiple sets of penalty points can result in motoring fines, increased insurance premiums, and even disqualification from driving, so motorists should always drive safely and responsibly when on the roads.’