One in 15 drivers breathalysed by police in Scotland over the festive season were under the influence of alcohol or drugs. 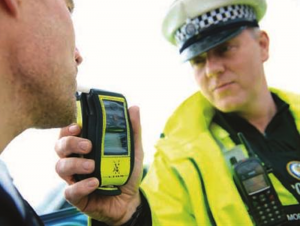 In total 8,687 drivers were stopped during this festive season’s Police Scotland crackdown on drink and drug driving

The annual Police Scotland campaign, which ran between 1 December 2019 and 2nd January 2020 saw 8,687 drivers stopped, of which 580 were detected for drink/drug offences, including 29 drivers caught the morning after drinking.

Tests included 480 for drug driving – marking the first year that police have been able to test drivers at the roadside for drugs – with 185 drivers providing positive results. This included 16 required to drive as part of their employment.

Some of the drivers who tested positive were actually reported by colleagues, friends or family members.

Justice Secretary Humza Yousaf said: “It is staggering that some people are still reckless and selfish enough to take drugs or alcohol before getting behind the wheel of a car – putting themselves as well as other road users at risk.

“While responsibility for obeying the law rests solely with individual motorists, I commend those who took active steps to convince friends, relatives or colleagues not to drive with drink or drugs in their system – or who, perhaps in challenging circumstances, reported individuals they suspected of drink or drug driving to the police. They can take some comfort in knowing that they stood up for the law and for common sense and perhaps even prevented a tragedy from happening.

“I cannot stress that the laws are in place to keep everyone safe on Scotland’s roads and police officers will continue to tackle those they suspect to be committing driving offences.”

Previous: January revealed as riskiest month of the year to drive
Next: Road Test: Renault Captur