Bringing the Government’s Net Zero pledge forwards to 2025 is “practically impossible”, requiring unfeasible action in the area of transport alone. 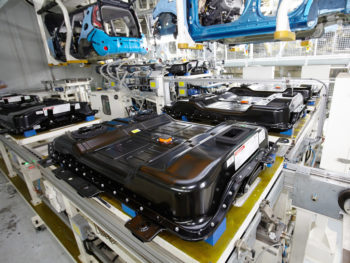 According to the thinktank, the Government’s 2050 net zero pledge is a huge and necessary step forward that requires a comprehensive plan to deliver it alone – without facing the impossible task of meeting it sooner.

The organisation says its analysis shows the demand to hit net zero by 2025 would cost an absolute minimum of £200bn every year, equivalent to £7,300 for every household,

When it comes to decarbonising domestic heating, this would require three times more plumbers than currently live in Britain while decarbonising the car fleet on Britain’s roads would require 6 million motorists to trade in their petrol or diesel vehicles for an electric model each year to 2025, up from 25,000 currently – at a total cost of around £1 trillion. This is three times the current global manufacturing capacity of electric vehicles.

However, Onward says the Government does need a bold but practical plan to reach net zero emissions by the current 2050 deadline:

Richard Howard, co-author of the report, said: “This plan needs to be rooted in centre-right beliefs in open markets, prudence, pragmatism, and investment in innovation – to avoid UK competitiveness, hard pressed consumers or taxpayers being excessively hit.

“This is not only the best electoral strategy, but also the right thing to do – and essential to avoid the climate debate being used as a trojan horse to overthrow the market economy and impose state control.”

Coinciding with the research, a separate cross-sector coalition is calling for a post-election pact on Net Zero ahead of the climate debate.

An open letter signed by over 40 academics, policy specialists, trade bodies and businesses has called upon major political parties to agree to a post-election pact on climate change.

The letter, sent by signatories including the Renewable Energy Association, warns that without a coordinated approach to mitigating climate change, the UK risks missing our all-important carbon targets.

The letter says: “In this current political environment, we need to ensure that high priority issues such as achieving Net Zero and the wider climate change objectives do not fall into the trap of partisan ideology.

“Only months ago, cross-party action saw the UK implement world leading Net Zero 2050 legislation. The principles of unity and cooperation are at the heart of the climate change movement and the point being made by the hundreds of thousands of protestors taking to the streets is that time is not on our side and therefore we need a joined-up, bipartisan approach to the Climate Emergency across political lines.”