Fleets and policymakers can now access at-a-glance information about vehicles’ NOx emissions in urban use, aimed at helping cities with poor air quality to meet legal limits as quickly as possible. 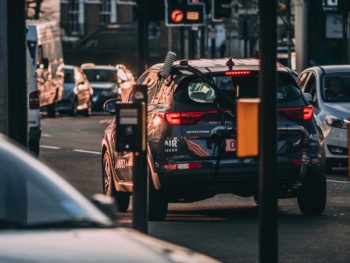 The AIR Index is an online database developed by a global alliance of academics and industry experts. It uses independently sourced test data to rank vehicles from A to E (dirtiest to cleanest) based on how much NOx they emit during on-road driving.

AIR co-founder Nick Molden said the database is designed to inform better procurement and city policy decisions based on richer data than provided by the Euro emission standards. Early results show some diesel vehicles now emit the same or less NOx than their petrol counterparts, and that some older models can be cleaner than new ones.

This data is hard to come by elsewhere. Manufacturers are working towards progressive Real Driving Emissions (RDE) targets, which compare on-road emissions to laboratory testing – RDE1-compliant vehicles can emit 2.1 times more NOx than the 80mg/km Euro 6 limit on the road, tightening to 1.5 times for RDE2. However, this is reported as a pass or fail, with no differentiation between cars which barely meet the 150mg/km RDE1 limit, and the best-performing diesels at 20mg/km.

The AIR Index uses independent data sourced using the CWA 17379 methodology, which means it can provide a legal framework for policies. Tests are carried out using the same equipment and calibration, but the 200 results available at launch encompass a much wider pool of vehicles – including older models, many of which haven’t been RDE tested.

With many cities across Europe still not meeting 2010 NOx limits and insufficient short-term supply of electric vehicles to help bring those areas into compliance, Molden said this level of detail is vital to underpin fairer policymaking and minimise the number of end-users affected. Versions of the website will be launched in all European languages.

“There are about 40 million diesels on the roads in Europe which have excessive NOx emissions, and about eight million of those are in the UK. The urgent thing is to get vehicles rated D or E off the road as soon as possible. If we can do that then I think we will bring all European cities into NO2 compliance very quickly,” he explained.

BVRLA chief executive Gerry Keaney welcomed the launch, commenting: “This is a win-win solution for fleet owners and policymakers, offering independent guidance to select the cleanest vehicles which will improve air quality now. The Index should not be used to create retrospective air quality policies that would punish fleets for vehicle choices they have already made based on less accurate NOx data.”