UK motor insurers have voted for MIB to handle and pay the claims from victims involved in a terrorist event where a vehicle is used to kill or injure. 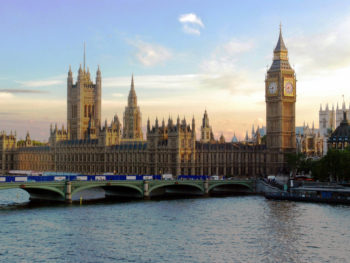 The compensation for victims of vehicle-related terrorist events that take place on or after 1 January 2019 will now also be handled directly by MIB.

Dominic Clayden, Chief Executive at MIB commented on the change, “Those who are innocently caught up in events where terrorists drive vehicles into people to injure and kill, can rely on MIB to pay and handle their motor related claims for these terrible events.”

MIB is the UK’s not-for-profit body which deals with the claims from victims involved in uninsured and ‘hit and run’ accidents. All motor insurers writing business in the UK are members of MIB, which is funded through a levy arrangement.

The BVRLA welcomed the news, with BVRLA chief executive Gerry Keaney saying: “We are delighted that the motor insurance market has agreed to mutualise this risk instead of leaving individual insurers to carry the risks associated with motor claims arising from terrorist attacks.

“This provides much needed reassurance for the vehicle rental industry where operators were finding it increasingly difficult to secure cover. We are very grateful to the MIB for their collaborative approach to this challenging issue.”

Steve Maddock, Chairman of MIB and Chief Operating Officer at Direct Line Group said, “The motor insurance market has clearly signalled that it was right to consider if individual insurers or the market as a whole carry the risks associated with motor claims arising from terrorist attacks. The outcome of the vote indicates strong support to mutualise the risk and enable MIB to act in the event there are further terrorist activities. It is a good outcome for the industry and the public and one which is supported by the Department of Transport.”