Motiva Group subsidiary Motiva Direct, has recorded a turnover of £2.5m in 12 months by supplying former fleet or lease vehicles to the private market. 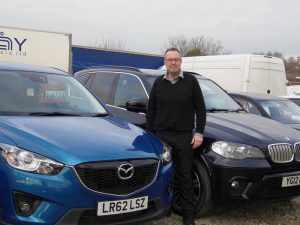 Contract hire specialist Motiva Group launched the initiative last year when significant growth in other areas of the business led to a considerable increase in end-of-contract stock.

Following its first-year success, the company now wants to see the operation double in size and has set a target of £5 million turnover by the end of next year.

Motiva Direct uses set criteria to select the best vehicles returned to the company at the end of their contract or lease. It is concluding deals at a rate of between 20 and 25 a month, with a claimed appointment-to-conversion rate of 70%.

Used vehicle retail manager, Warren Shropshire commented: “The vast majority of customers so far have found us online and, because they’re coming from all over the country, our conversion rate has been very high.

“Our new website features as many details as we can provide along with more than 30 pictures, so people know all about each vehicle before they see it first hand.

“We have an average of between 25 and 30 cars and vans on the books at all times and we’re adding fresh stock daily to try to maintain a strong level of interest.”