Mobile phone usage on the rise 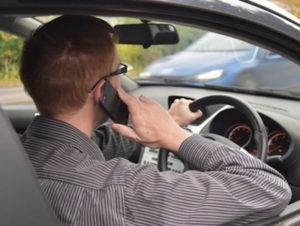 The latest Transport Scotland research shows mobile phone use in free-flowing traffic has increased from 1.6% of drivers in 2014 to 2%

The latest research by Transport Scotland, which recorded the behaviour of over 14,000 drivers in Scotland in 2017, found that mobile phone use in free-flowing traffic has increased from 1.6% of drivers in 2014 to 2% and from 1.7% in 2014 to 2.5% at stationary (traffic light controlled junction) sites.

However, the research found that hand-held use of mobiles for things like texting has remained static for car drivers and decreased for drivers of ‘other vehicles’ (vans, lorries, buses, coaches, and mini-buses).

Younger drivers (17-29) were more likely to be observed using a mobile phone than those in older age groups, with young men being the category of drivers observed with the highest mobile phone usage (5.9%).

However, a separate survey by Transport Scotland on seatbelt usage brought more positive results. The research recorded the behaviour of more than 7,000 vehicle occupants and found the proportion of all drivers recorded using a seatbelt in 2017 was 97.3%, up from 96.4% in 2014 and 95% in 2009.

The survey found that female car drivers were somewhat more likely to wear a seatbelt than their male counterparts (99.4% compared to 97.9%), and seatbelt use was generally high amongst car occupants of all ages.