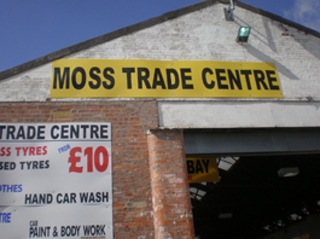 McKenzie also pleaded guilty on two other accounts – one account of supplying a spare tyre of the incorrect size during a Trading Standards test purchase operation; and one account of providing false information stating that that tyres fitted by the business had been balanced when they had not.

Following the trial, Luke McKenzie was released on conditional bail until 7th April 2015, when he will be sentenced at Lincoln Crown Court. Each of the 16 accounts of possession of dangerous products carries a maximum sentence of 12 months imprisonment and / or a £20,000 fine.

Andy Wright, Principal Trading Standards Officer, said, ‘The fact that this case was heard by the Crown Court and the judge has indicated he is considering a custodial sentence shows just how serious this is. Many of the tyres had serious defects and exhibited accident damage which undermined the basic structure of the tyres. This could have had life-threatening consequences for innocent consumers and their families.’

‘The results of this latest successful prosecution emphasise the risk that drivers take if they opt for part worn tyres,’ added Stuart Jackson, chairman, TyreSafe. ‘Our advice remains the same that the safest possible option for drivers when replacing their tyres is to go for brand new.’