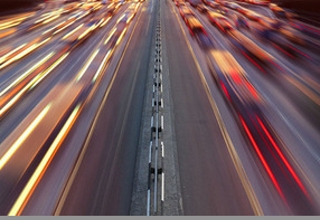 The change comes as the Government outlines its previously announced road investment strategy for the 2015 to 2020 period in a new document outlining how it will spend £15.2bn on the strategic road network.

As part of the changes to the Highways Agency, the new Highways England “go-co” will gain fixed five-year funding for the first time, with the Government saying this will mean it can plan ahead and invest in skills and equipment to speed up essential work and drive down costs to the taxpayer.

The move is part of a radical package of road reform that is expected to save the taxpayer at least £2.6bn over the next 10 years.

Transport Minister John Hayes said: “This marks a significant way forward in how our strategic road network is delivered and managed.

“These reforms will mean the biggest, boldest and most far-reaching roads upgrade for decades. Ensuring we have well maintained roads and motorways is essential to a modern transport system that will boost our economy, create jobs and give more choice about where we live and work whilst delivering billions in savings.

“I am clear that government will set the strategy, gauge its implementation and direct necessary changes. Highways England will be answerable to Parliament, fully accountable for its work and will report to ministers.”

The changes come as Highways England is to spend £15.2bn on 84 new national road projects alongside plans to tackle longstanding problems including a new strategic corridor to the south west via the A303 featuring a 1.8-mile tunnel at Stonehenge.

The ‘Road investment strategy’ included a commitment of £4.5 billion to add an extra lane to our key motorways to boost connectivity between London, Birmingham, Manchester and Yorkshire.

Other measures include nine major improvements along the A1 from Berwick to London, taking it to motorway standard through Yorkshire and extending the continuous dual carriageway 24 miles further north, part of £2.3bn worth of new investment in Yorkshire and the north east.